This week I took an impromptu trip to Georgia with a friend whose dad is fighting for his life.  Every day while sitting in the waiting room I think of grandpa, and the final month of his life.  The precious time I was able to spend with him and the memories just come flooding back. 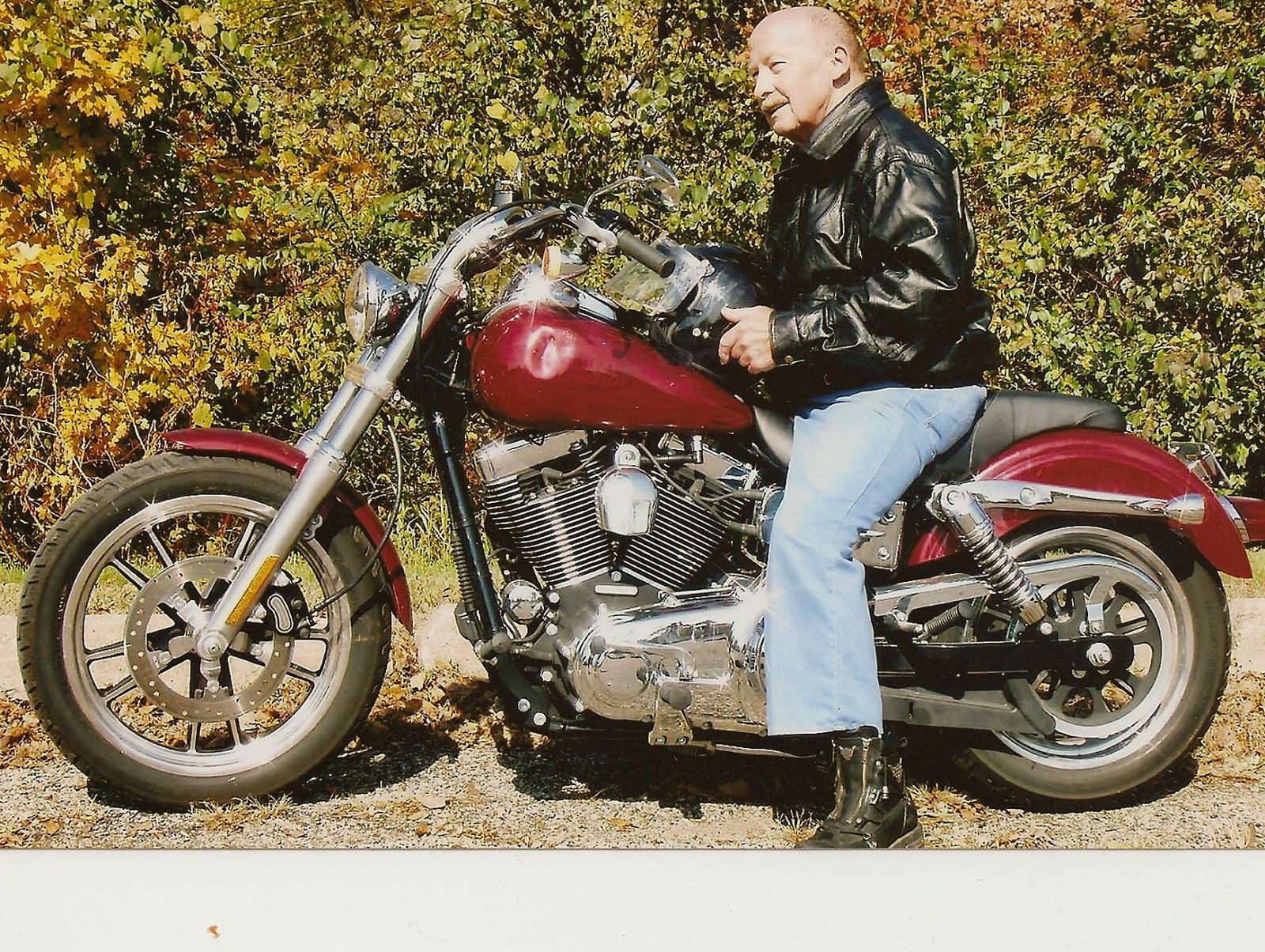 When I got the call that grandpa had fallen and was in the hospital I had no idea that would be the downward spiral that led to his death a month later.  He'd been dealing with Parkinson's and had become shakier and shakier but denial is a very powerful thing and never did it cross my mind that he'd never recover from that fall.
I packed up and left for the hospital (I live about 4 hours from my grandparents).  I met mom and grandma there and spent a couple days with them.  It was pretty obvious that grandpa was not doing well.  I'd never seen him swear, call anyone a name (especially someone taking care of him) or spit applesauce across a room to avoid taking his pills (yep, grandma and I were covered in applesauce, hilarious!).  It was a rather rude awakening.  That first trip, my final night before returning home was just grandpa and I, mom had left to return to work and figure out how she was going to manage all this and grandma wasn't spending nights at the hospital, but grandpa was determined to get out of bed and walk around so we were trying to help out by spending nights with him.  Tomorrow he was going to the nursing home.
I awkwardly slept in the reclining chair in the corner across from grandpa's bed.  In the middle of the night I was awakened by the sweetest voice, singing gospel hymns that I'd ever heard.  There was grandpa, laying in bed, eyes glazed and staring off into space singing away.  Sweetest thing ever!  If I close my eyes and just listen, I can still hear him. 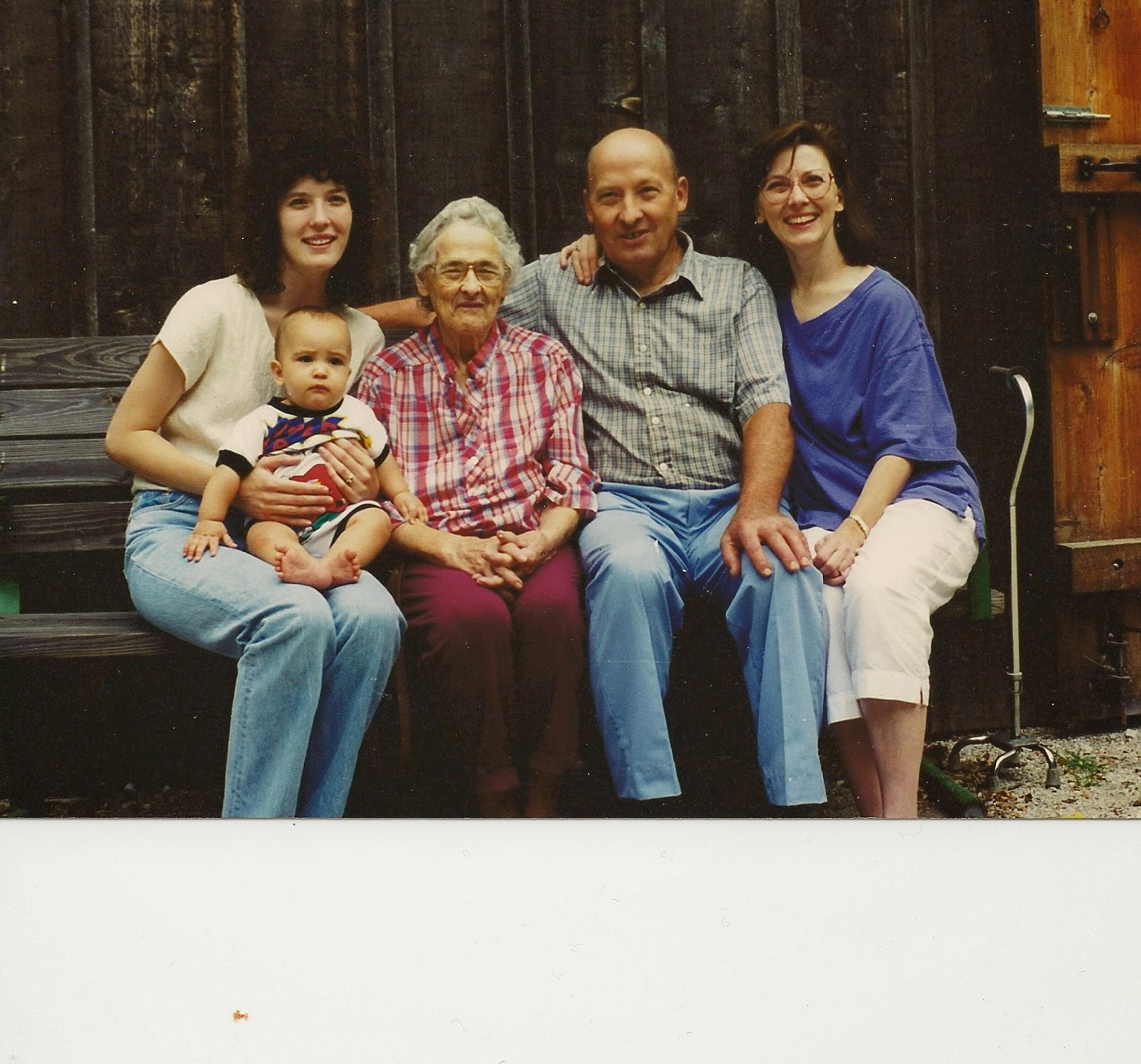 For the next four weeks I drove back and forth so I could spend the weekends visiting grampy but still be home for my family throughout the week.  It was a long month but I wouldn't exchange a minute of that time for anything in the world.
February 9th will be three years.  Memories of grandpa still flood my mind from time to time and I can't help but smile (and cry all at the same time).
After grandpa died I had my grandmother save me some of his clothes so I could make a quilt, or two.  We have a family reunion every two years and an auction is held to help fund the next year's festivities.  That first year without grandpa was pretty tough and this year's reunion, telling stories of grandpa brought tears to my eyes.
I completed a quilt from grandpa's old shirts to sell in the auction.  My cousin purchased it in memory of grandpa and I can't wait till the next reunion, I plan to add some pillows to the mix. 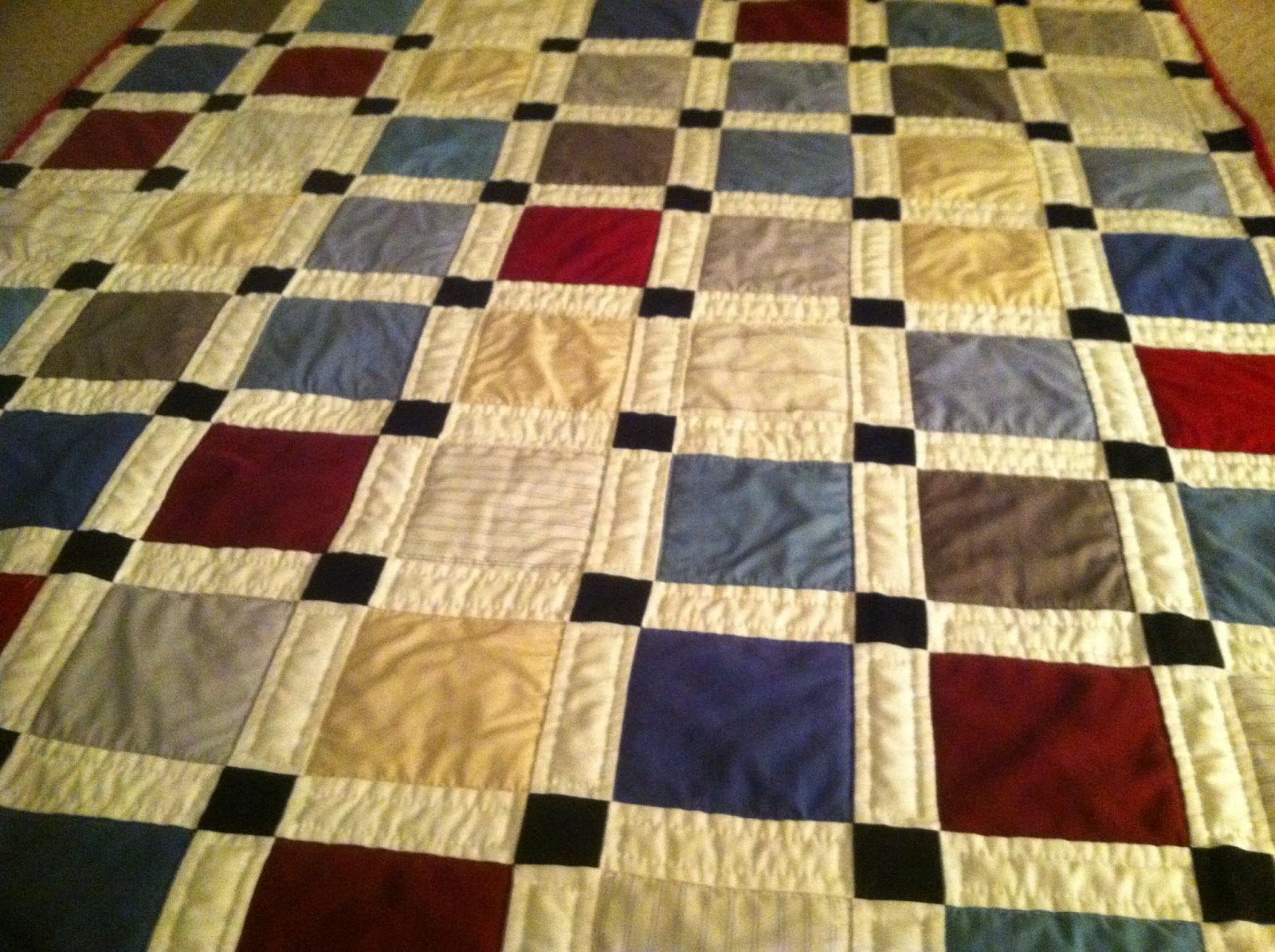 Grandpa loved Harley-Davidson so I used the emblem from one of his t-shirts for the back of the quilt.  In days to come I hope to share some of grandpa's poetry with you.  Grandpa drove a semi-truck for all of his adult life.  Doesn't quite fit the bill for a "poet" but grandpa spent his retirement years working on some crafty's and writing sweet poetry, including an adorable "love poem" for my grandmother. 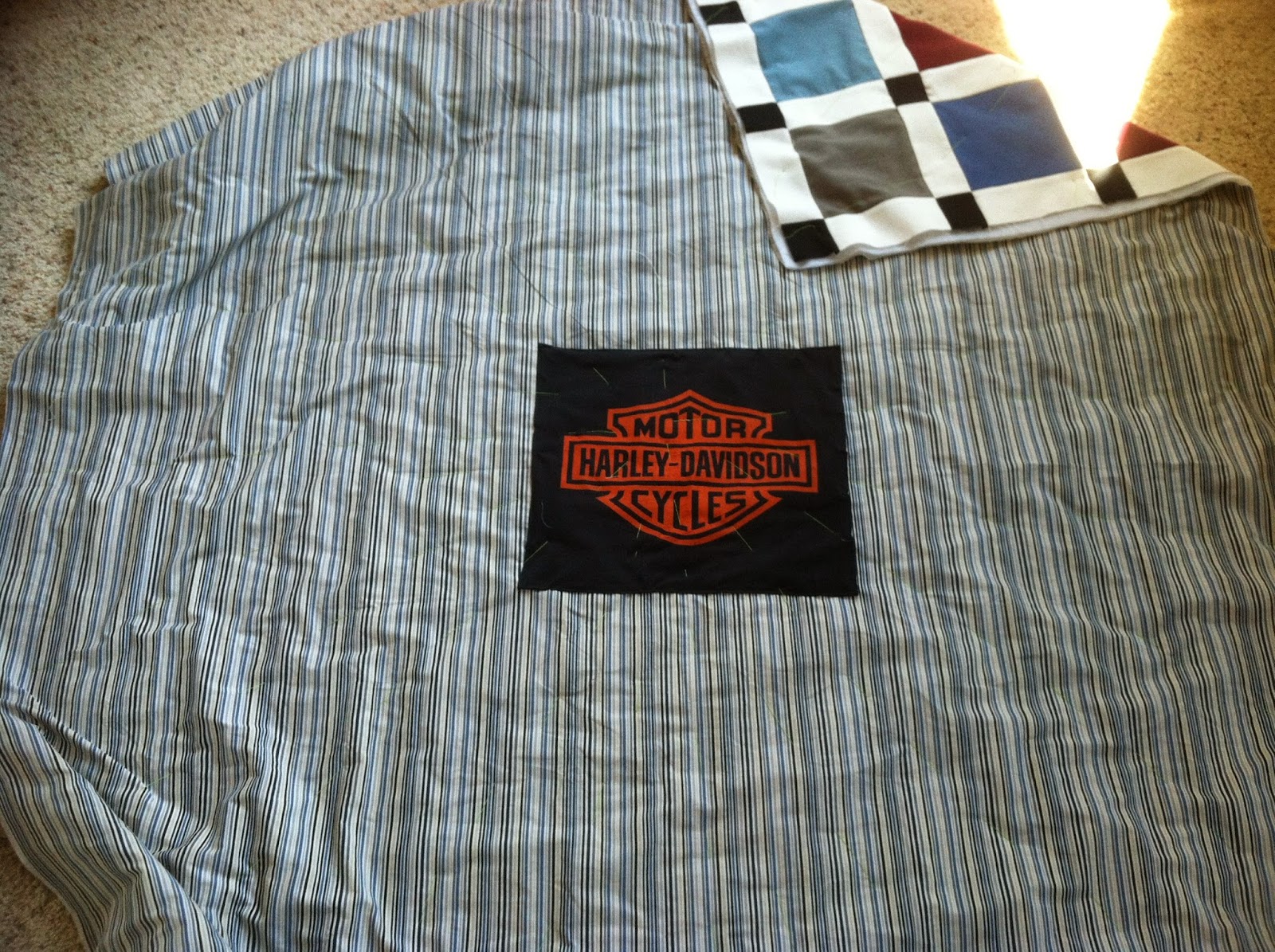 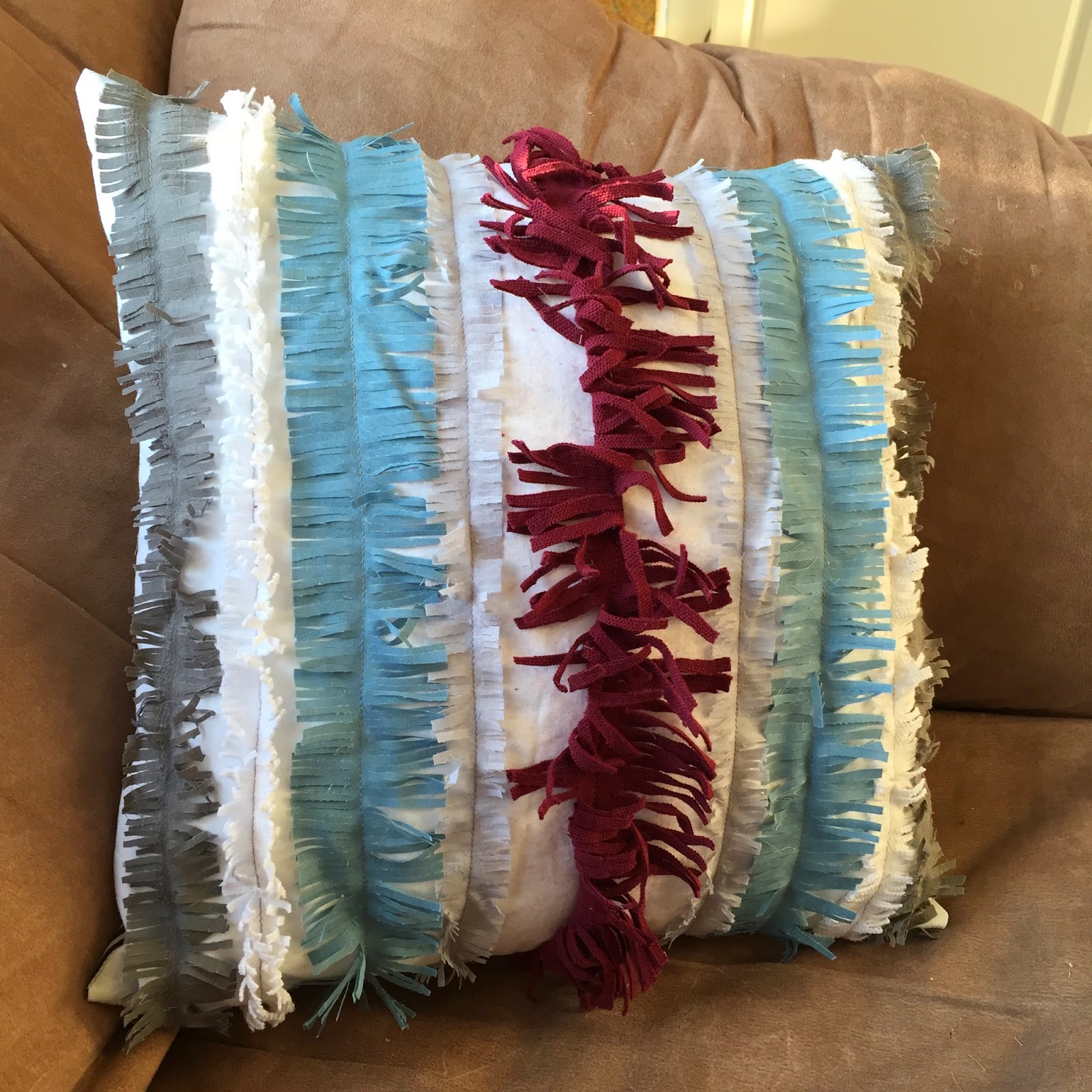 On Valentine's Day I plan to share a few more stories of grandpa and a couple of his poems.  He was such a dear man.  I hope when I pass that others will think so fondly of me.  That truly is a wonderful testament to the type of life you've led.  Love ya Grampy.

Posted by thechirpingfrog at 8:00 AM