Hard to believe we're already six weeks into my #ArtChallenge2015 weekly journal cards.  Seems
like just yesterday I made the decision to try Art Journaling this year.  I am having a blast.  My goal was to learn a new technique each week.  That is not happening, I simply cannot find the time with everything else going on but I am still hoping to learn as much as I can throughout the year.

This week has been a very trying week.  I spent some time in Atlanta, Georgia with a friend at the hospital while her father fought for his life in CCU.  I had to be home by Monday (I was scheduled to work at Pinkie) so I left on Saturday to visit with my son in Bowling Green on the way home.  Got home Sunday.  Monday morning found out a friend of mine from high school, her son had been in a horrible motorcycle accident.  A couple hours later found out he didn't make it.  A few hours after that my friends father died.  Two in one day!  What are the odds of that?  Now, add in that my grandfather died on the same day three years earlier.  Come on now, that's a lot to deal with.

This is silly, but my puppy was spade on Wednesday, when I dropped her off I had my first breakdown from all that has happened.  All I could think is, "if something happens to my dog"!  I think that was my breaking point.  Anyhow, she's fine.  Crazy fine, actually.

Same day as Miss Pepper's surgery, found out my brother is having some addiction issues and has been admitted into a rehab clinic in his area.  I knew he had issues, finally he's taken some action and hoping and praying he can face some of them and begin a path to recovery.

Now, if that's not one heck of a week I don't know what is!  This week's card is a reflection of dealing with the many things going on right now. 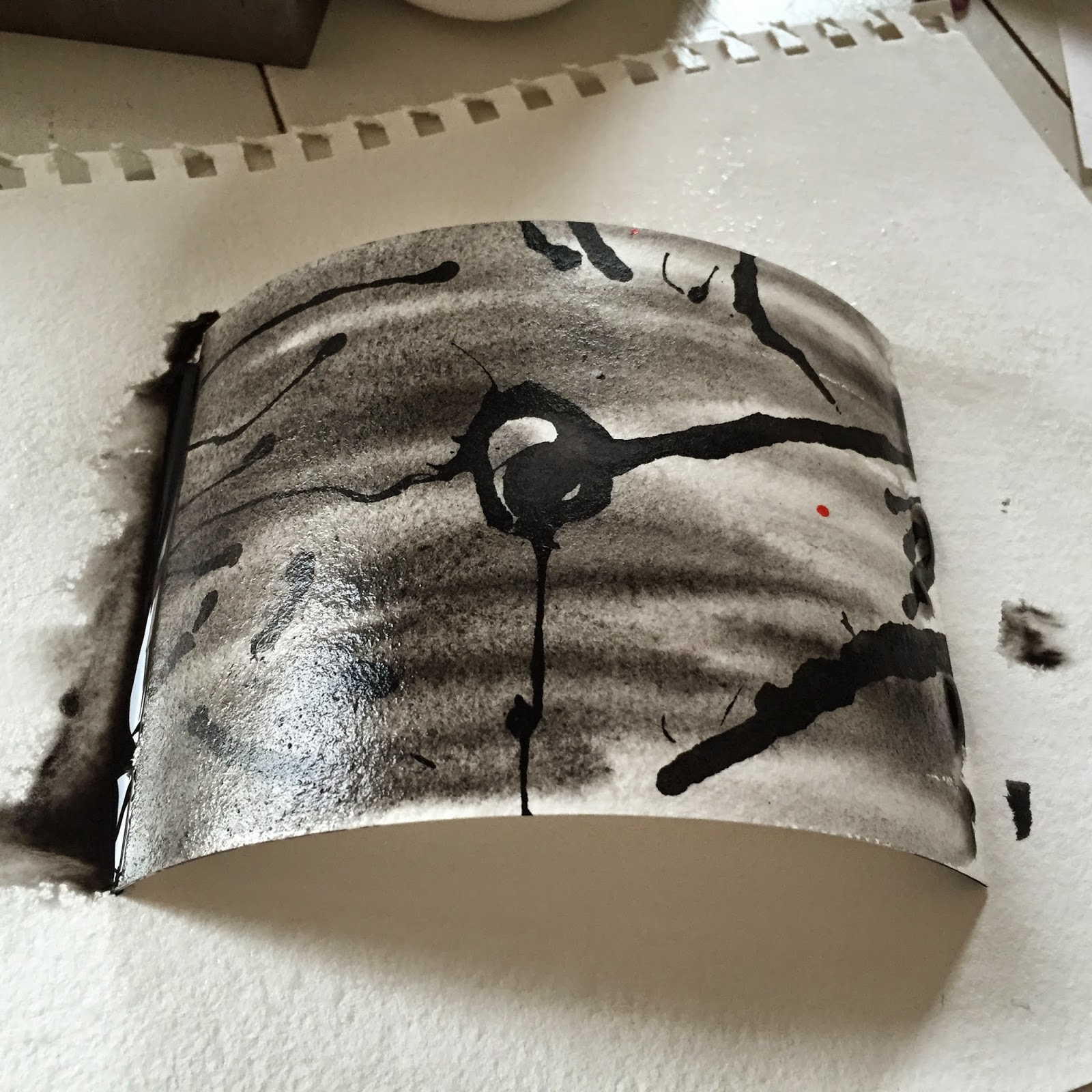 For the front of my card this week I wanted to somehow represent death, the passing from this life to the next.  I can't help but think of Paul and his words in Philipians where he is contrasting his desire to die and be with Christ over his realization that its better for those he's teaching for him to stay and continue the Lord's work.  This world is not my home, I'm just traveling thru but I can't help but want to stick around, to see my children marry and raise family's of their own.  To enjoy retirement, someday, with my husband and enjoy the wonders and sights that this world has to offer.  Yet, on the other hand, I no longer fear death.  This world is not my home. 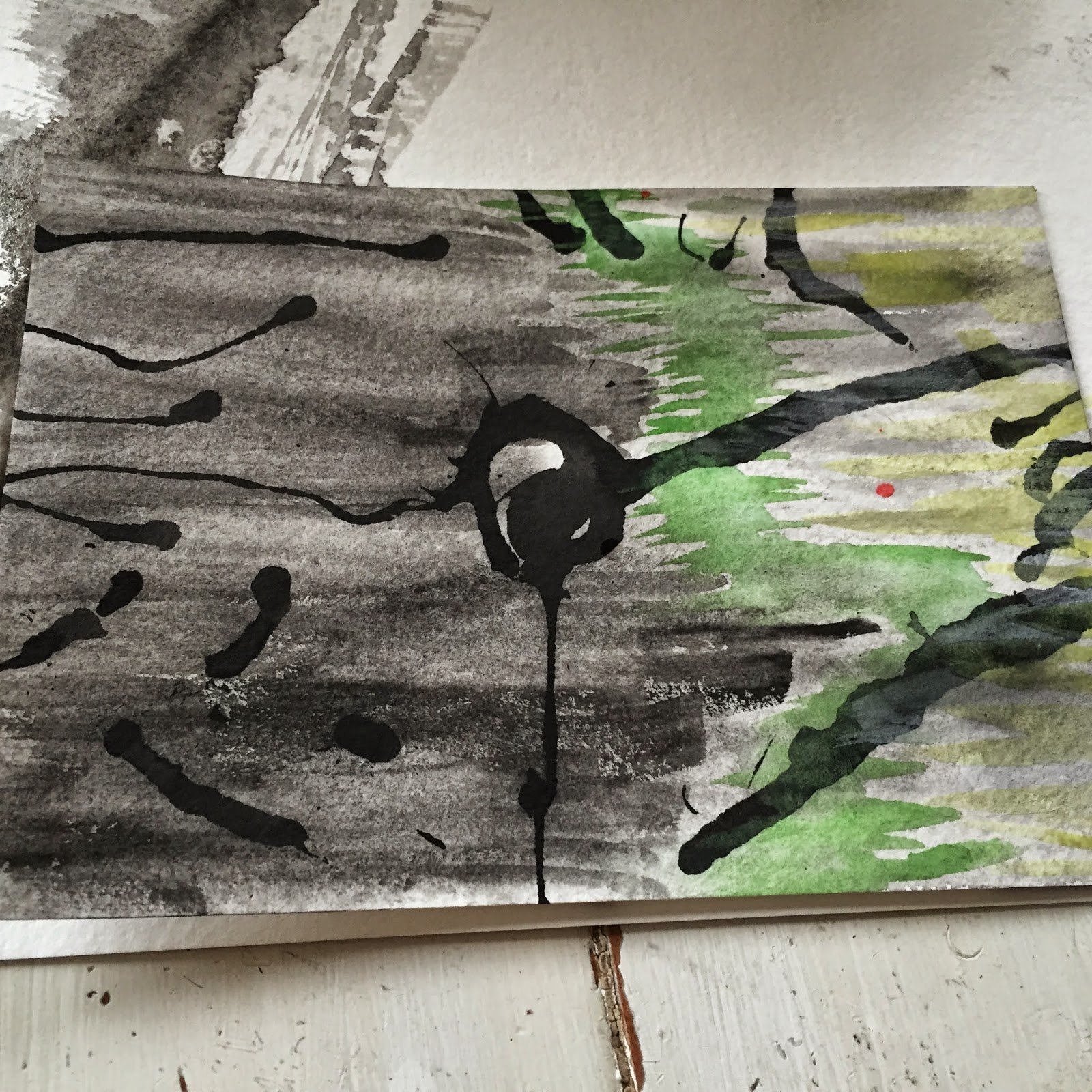 So, I tried to portray the transition that I imagine, the "light at the end of the tunnel", the crossover from this world of pain and suffering, confusion and chaos to the peace that is to come.  I also can't help but think of the saying, "the grass is greener on the other side".  Usually we use that in a negative sense but in this case, as painful as a loss is for those of us left here, the grass truly is greener on the other side! 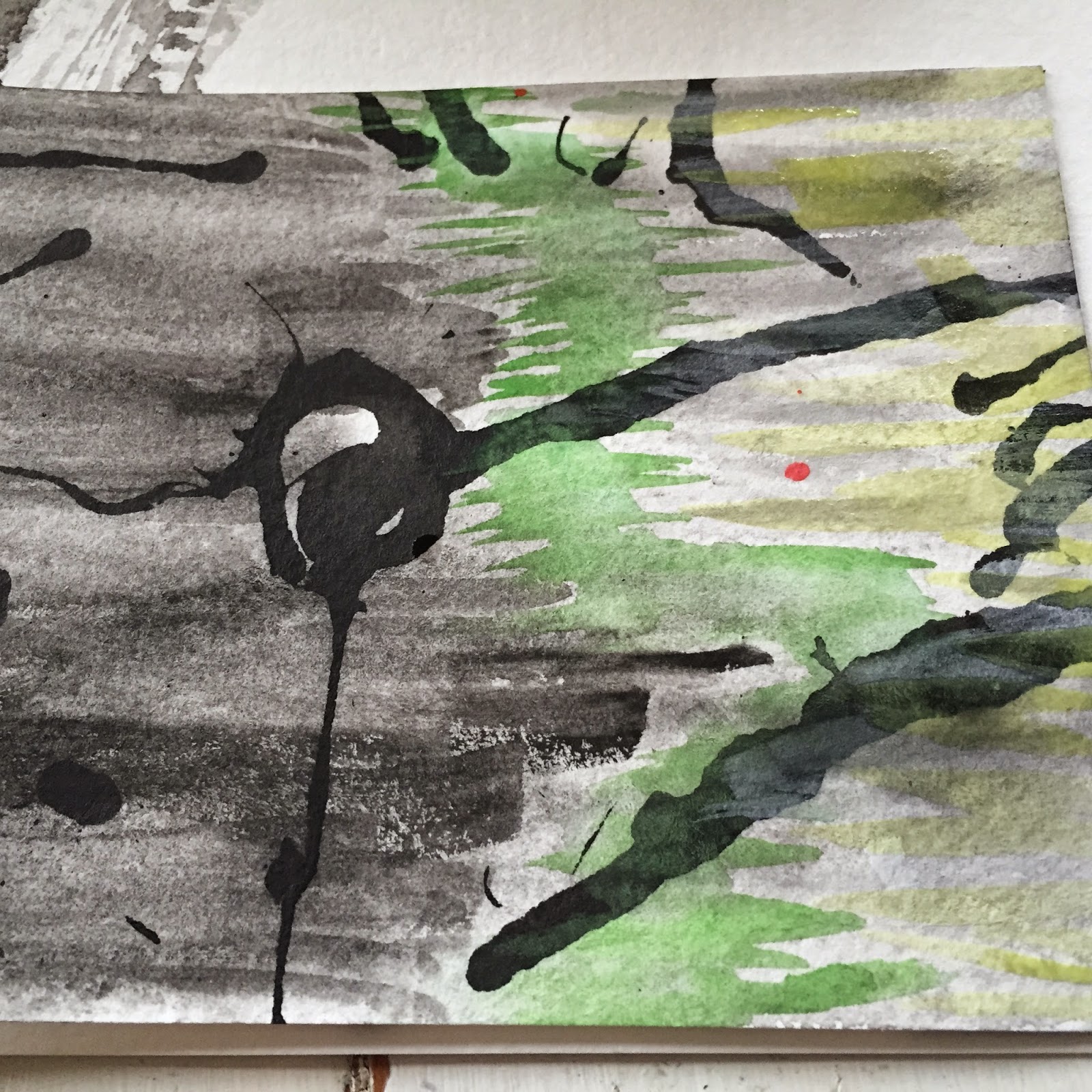 Now, for the back of my card.  I simply wet it down and started adding paints.  I used three different colors, a coral and two shades of teal. 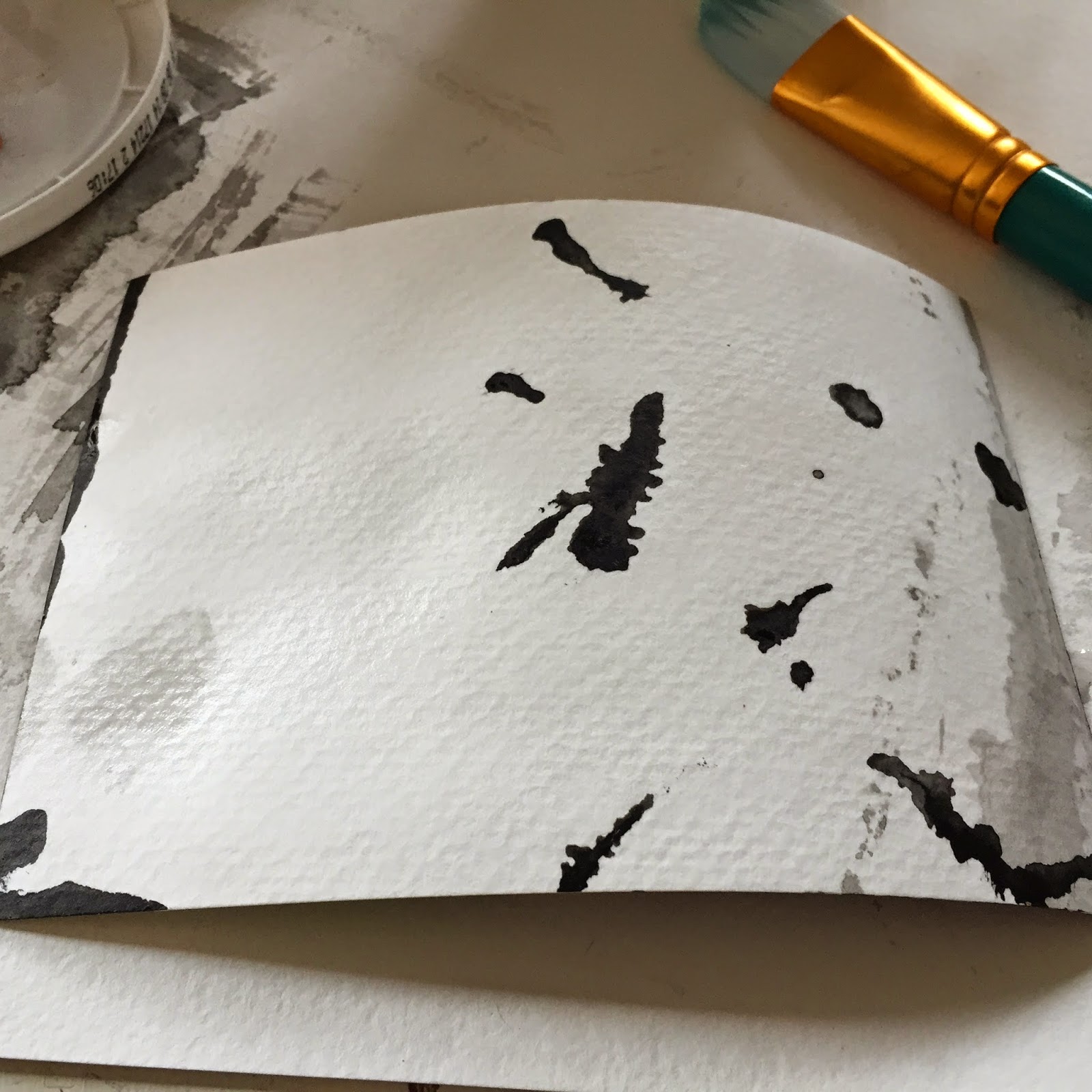 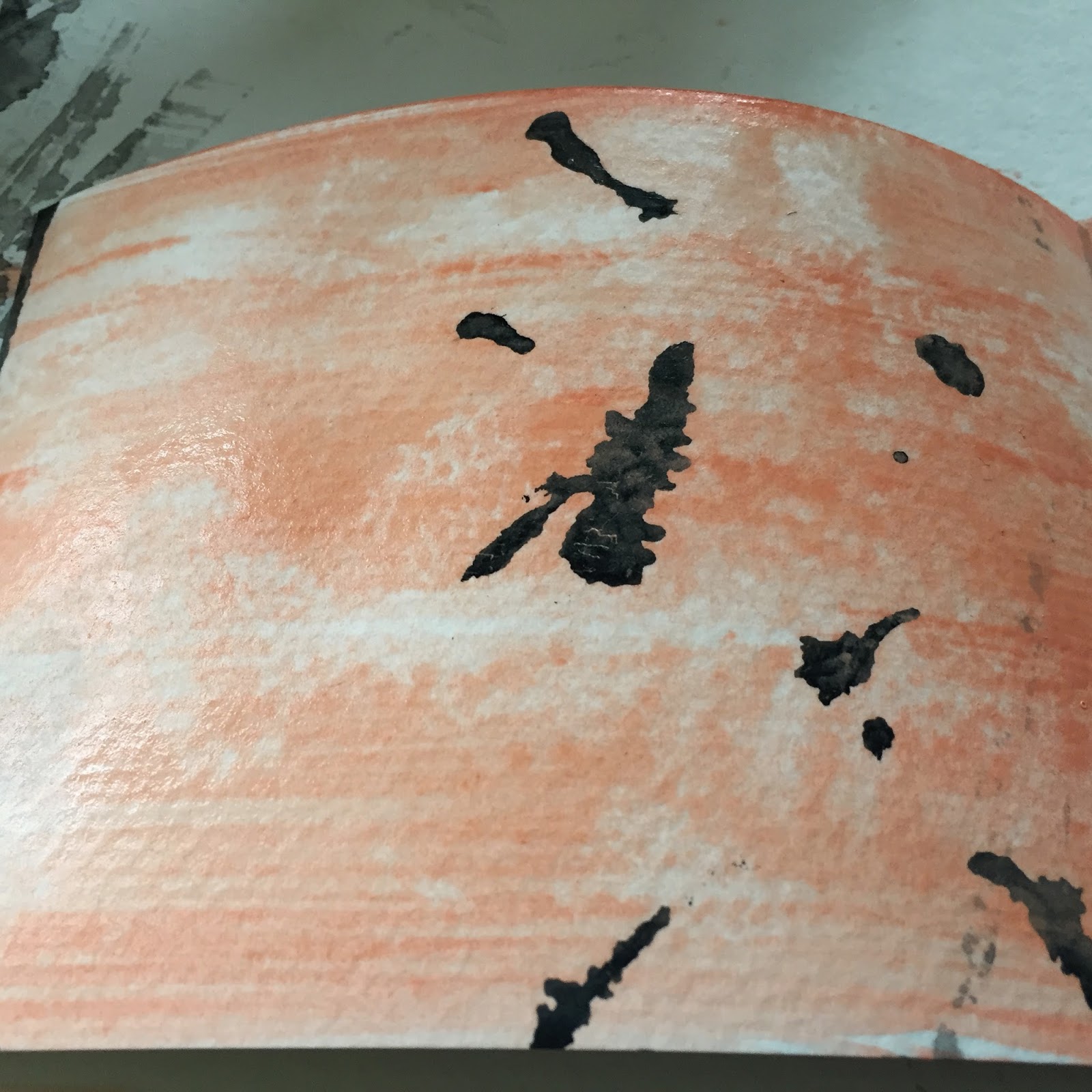 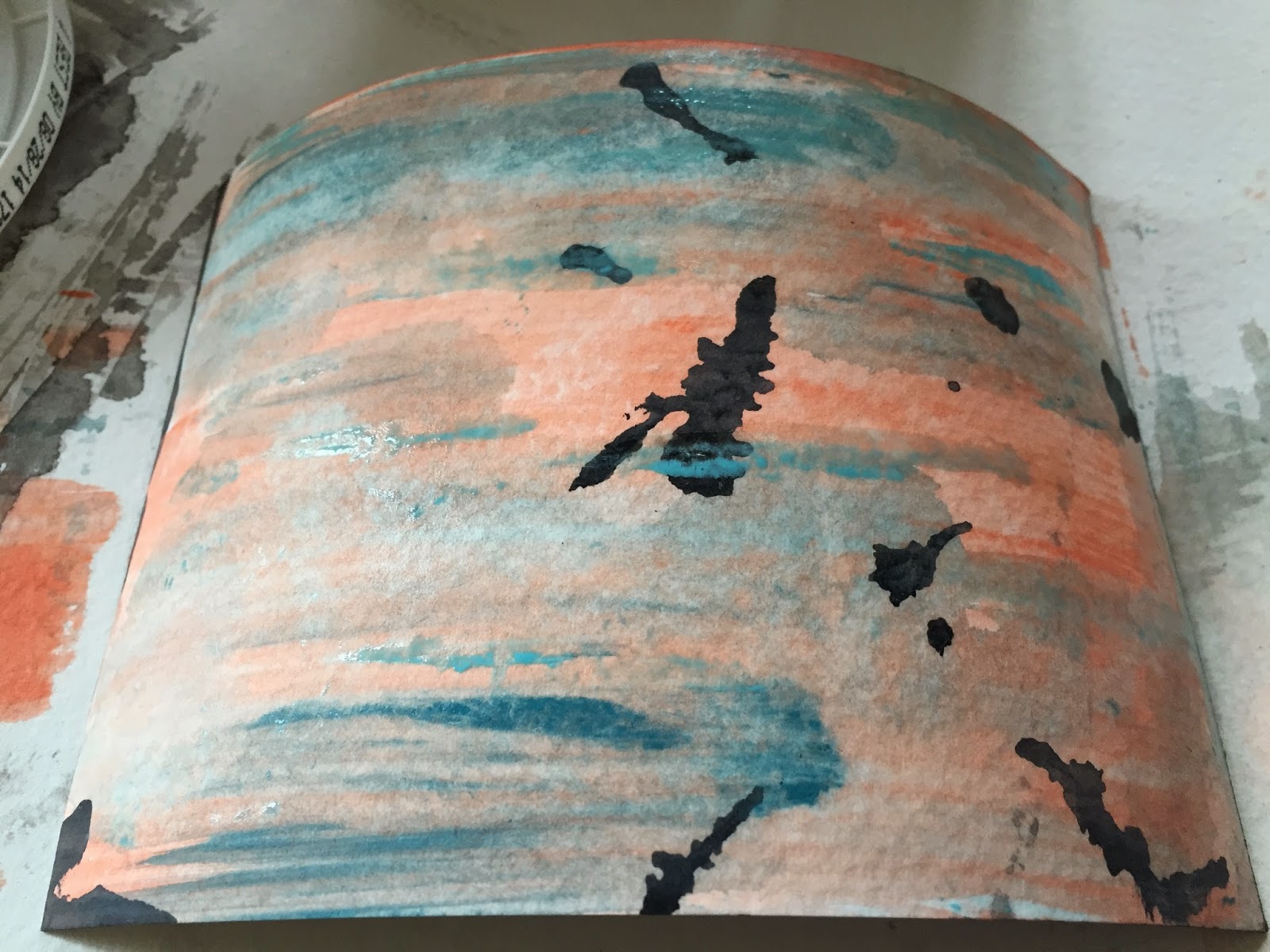 Then, I added hearts, since it is Valentine's Day soon and because we're dealing with loved ones this week.  My goal, the thought of letting things go.  Giving the bad to God and letting him heal all wounds.  I once read somewhere when depression has you in its grasp and things are piling up to write them down, put them in a box and bury them, give them to God.  Another time I heard of someone writing them on little scraps of paper, putting them inside a balloon and sending them away.  Ya know, whether you believe in God or not, writing down your troubles is so very therapeutic, and giving them away in a sense, can be very healing. 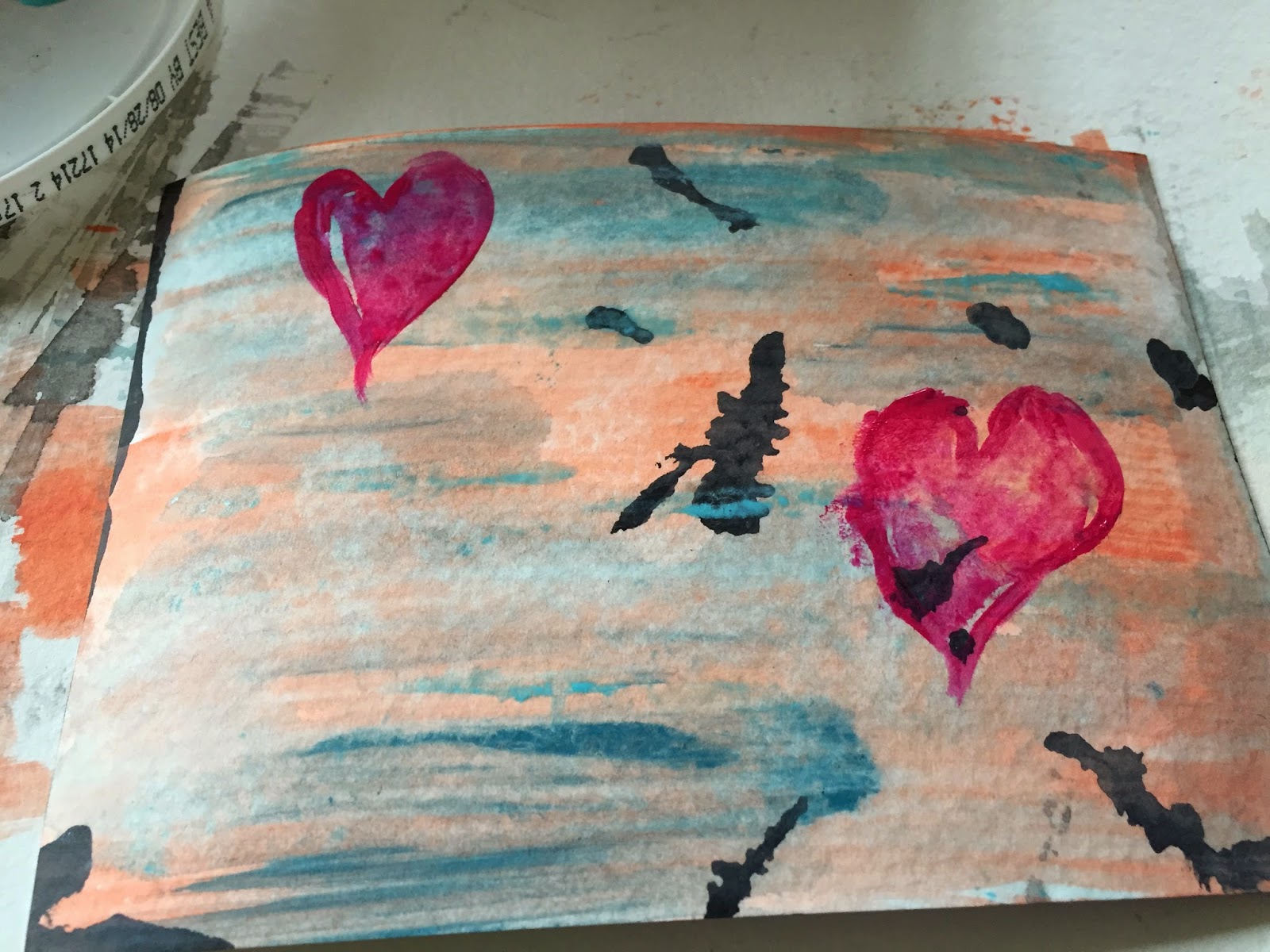 So, the hearts are my balloons, the deepest thoughts and troubles on my heart and I'm letting them drift away, putting them in God's hands and working on allowing his peace to overcome the worries and despairs of this week's events. 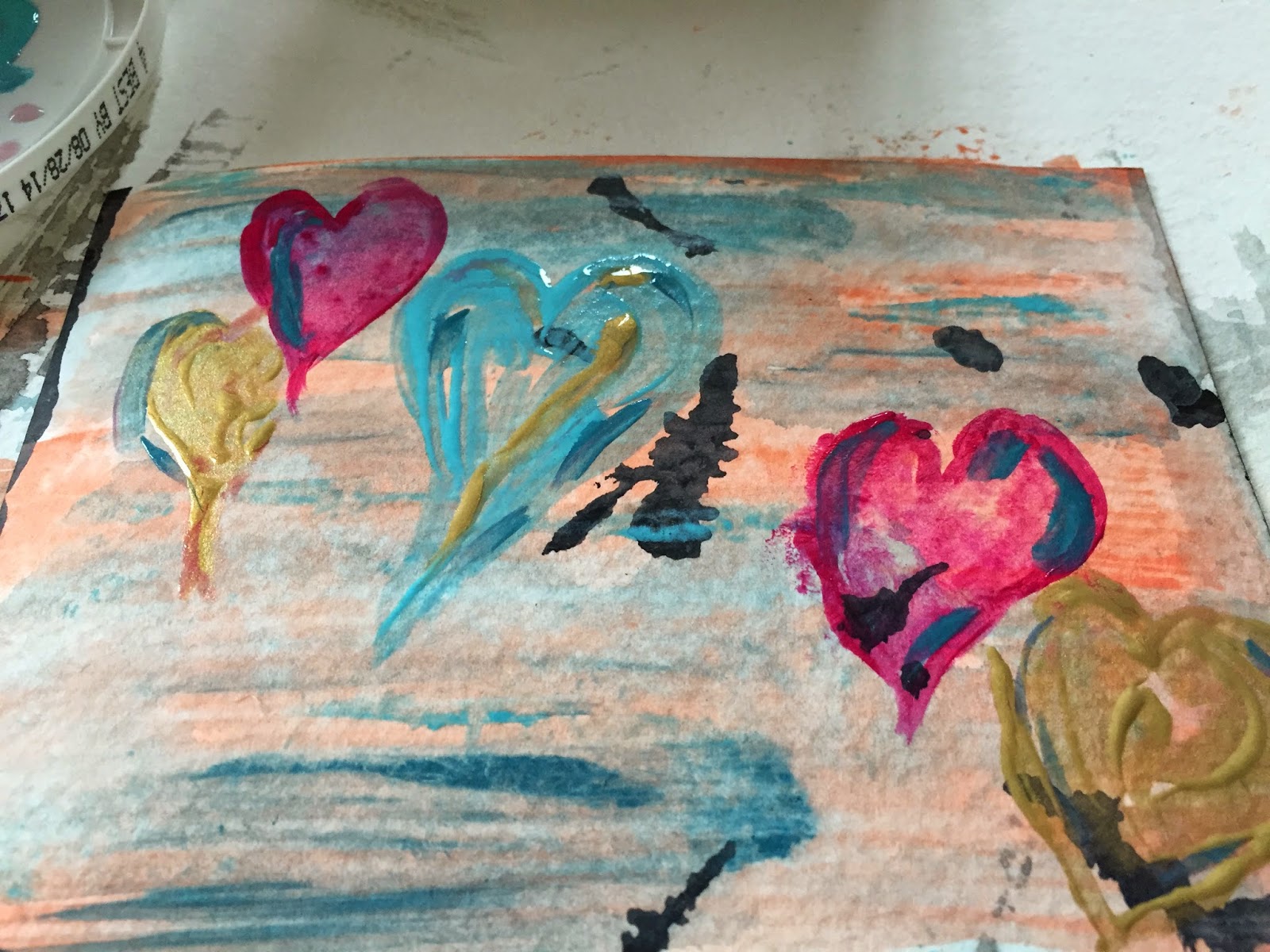 A little sappy? Yep, but I've used this before when life has hit me hard and as crazy as it sounds, it really does help. 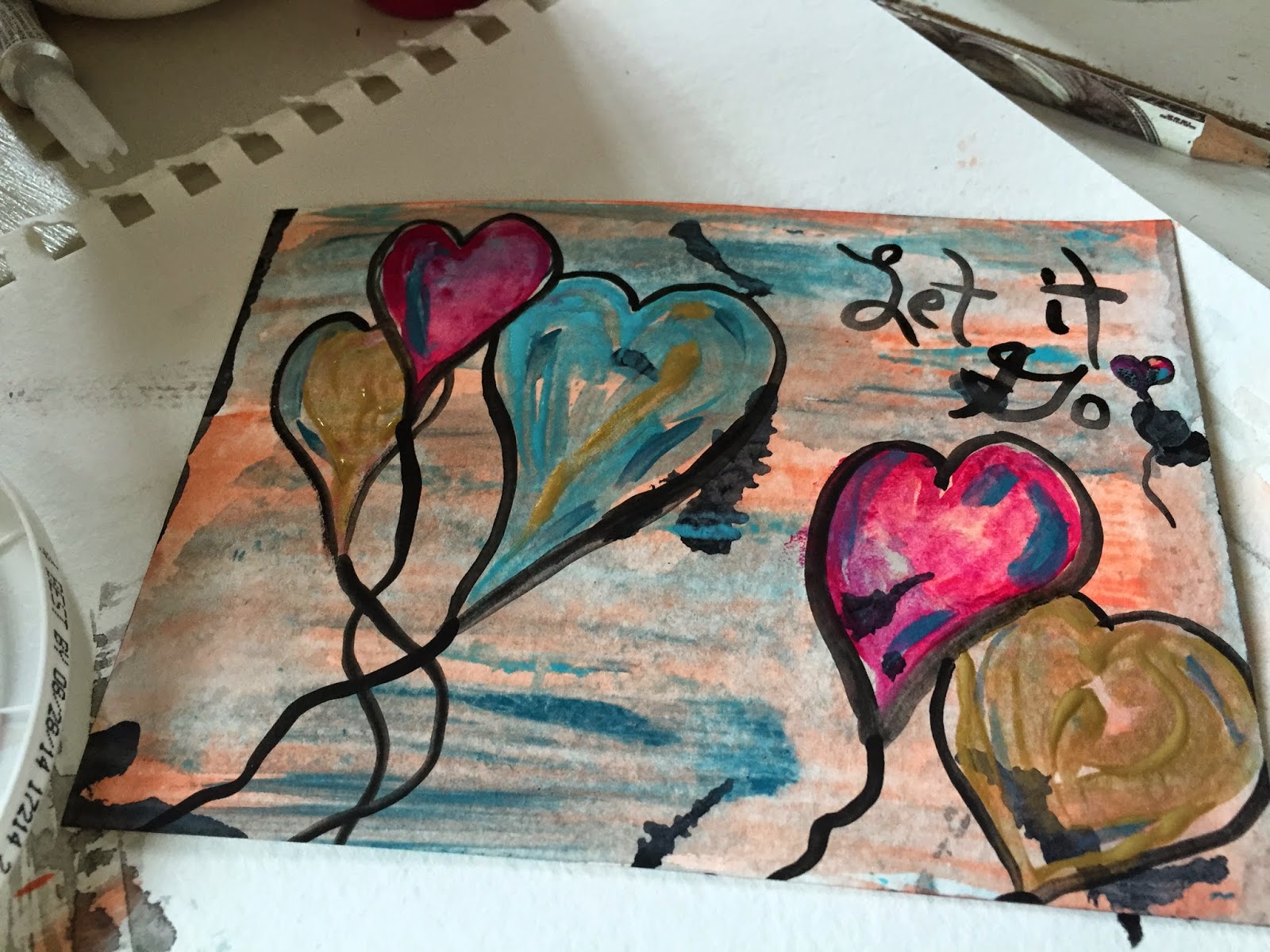 I hope you all are having a better week and learning a little something new every day.

Posted by thechirpingfrog at 5:43 AM