My husband has tried to ban chicken from the house, yes, you heard me correctly.  And pork!  He wants all read meat, it's awful.  What's really funny, well, not funny, but fitting, is that he now has a medical condition where he's being told red meat should be completely off the menu.  Now that's funny!

He refuses, but I'm hoping to lessen how often we eat it around here.  This recipe is a good start.  Although he hates chicken, this recipe gets high marks, even from him.

Cover the chicken breasts with wax paper to help keep down the mess. 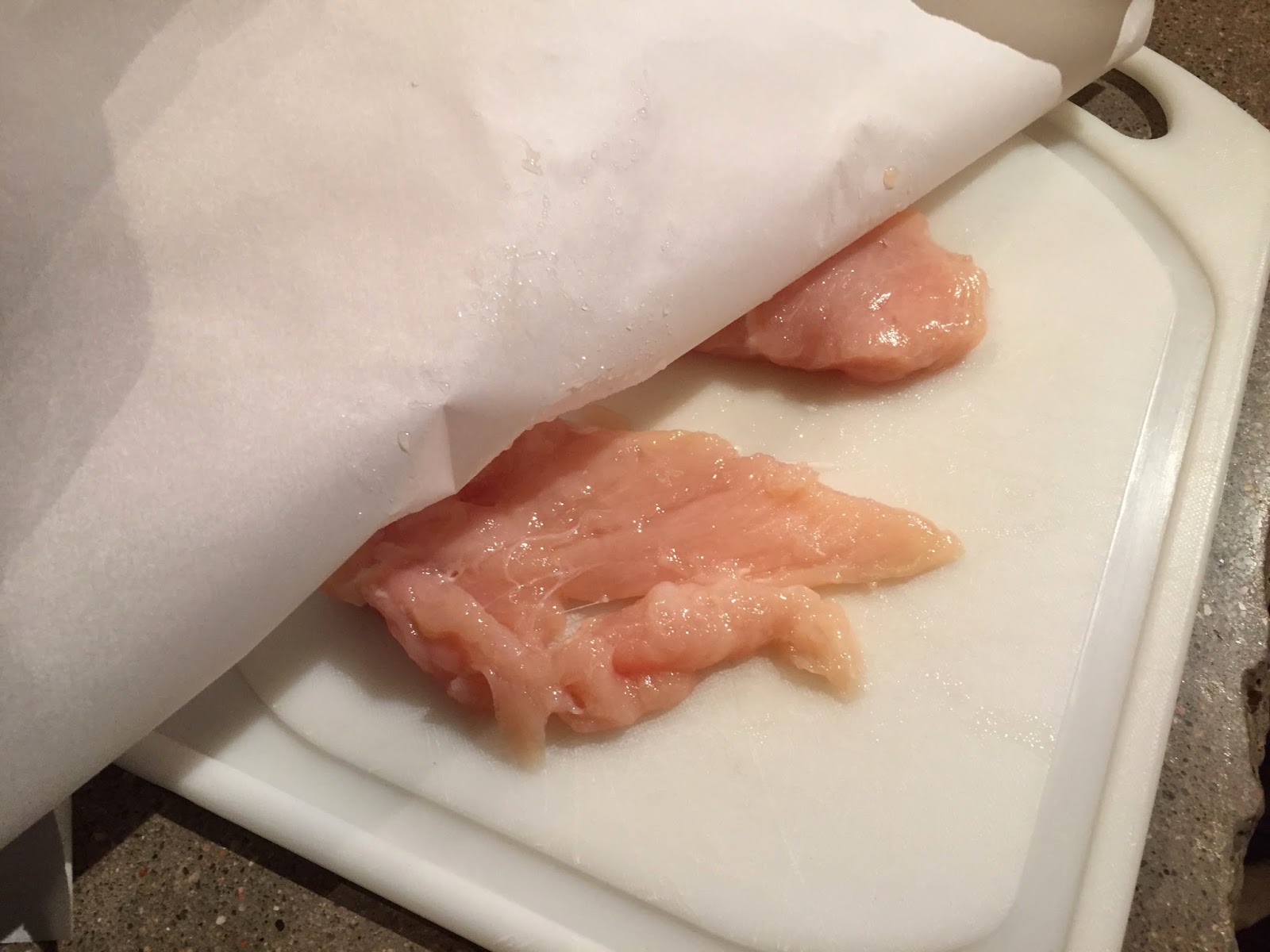 Then, using a meat tenderizer thin down the chicken to make it easier to roll up. 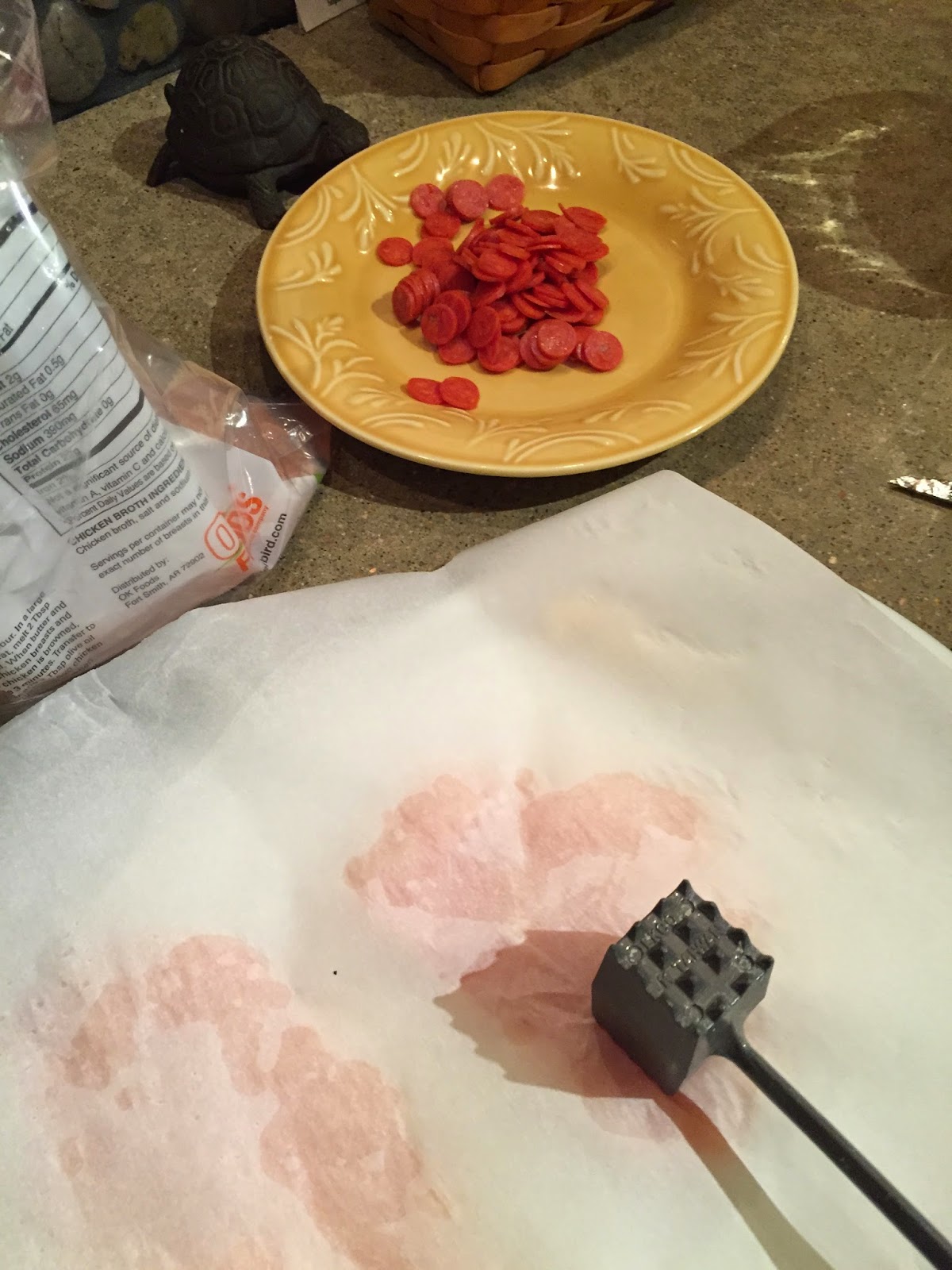 For Jason and I, with the clean eating diet (which we're not doing very well on already) pepperoni is a no-no so I took a can of Rotel's tomatoes and peppers and blended them up.  I am not a purist, I still use some things from a can or jar.  I try to avoid sugar in those things.  The Rotel's has "less than 2% calcium chloride" and a couple other things, I probably should not use it, that's where they hide the junk and it'd be easy enough to do myself.  Ugh, as if this diet didn't have enough prep-work.  I just noticed the other things, I tend to use things with just calcium chloride (anybody know anything about that) but avoid the "natural flavorings" ingredient which is pretty much a "we don't want you to know" ingredient.  Don't like that!

Anyhow, enough of that rant, add a sauce of your liking. 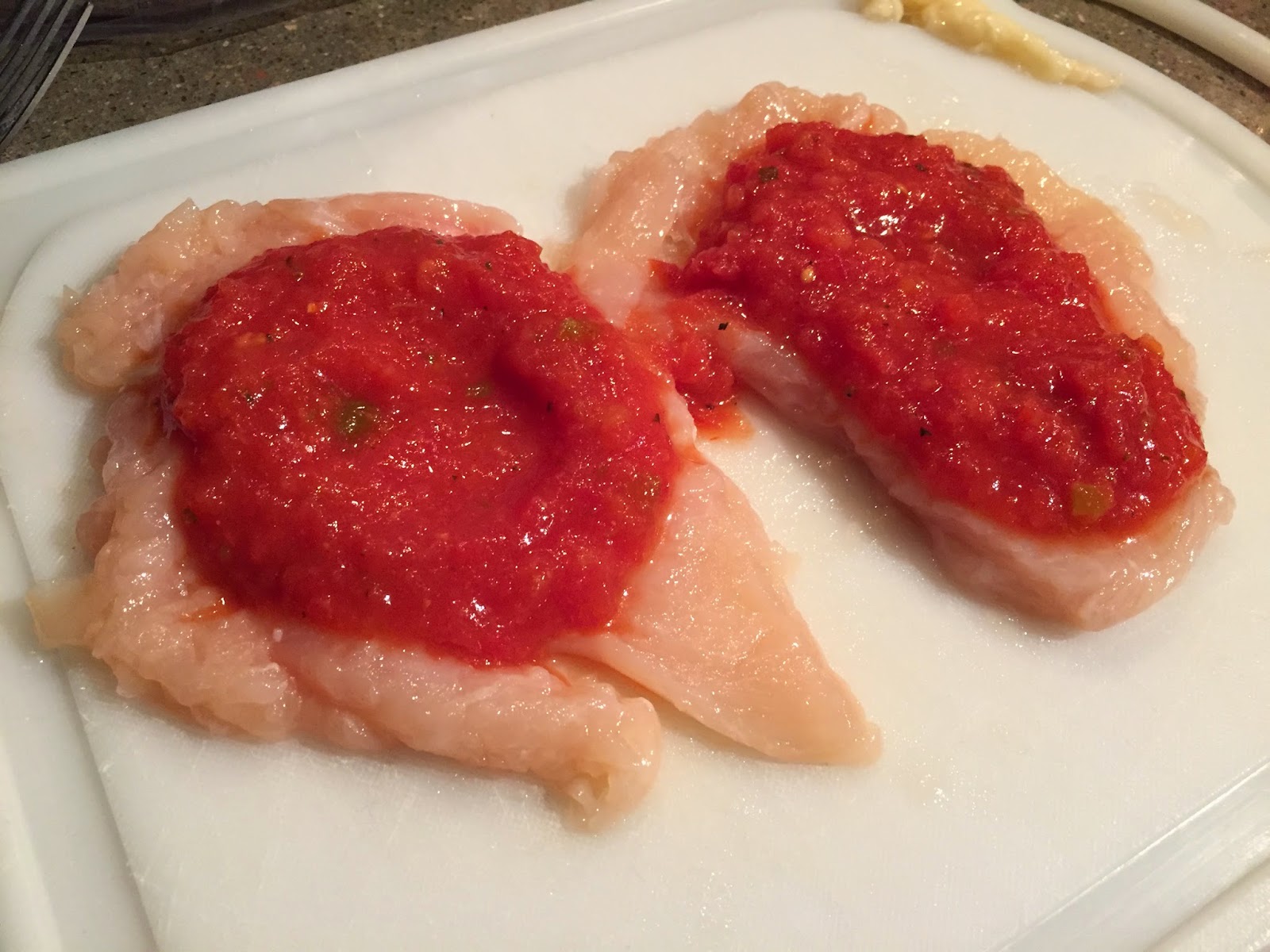 I made some for my son as well, following the original recipe.  He gets the good stuff, pepperoni slices.  Yummy! 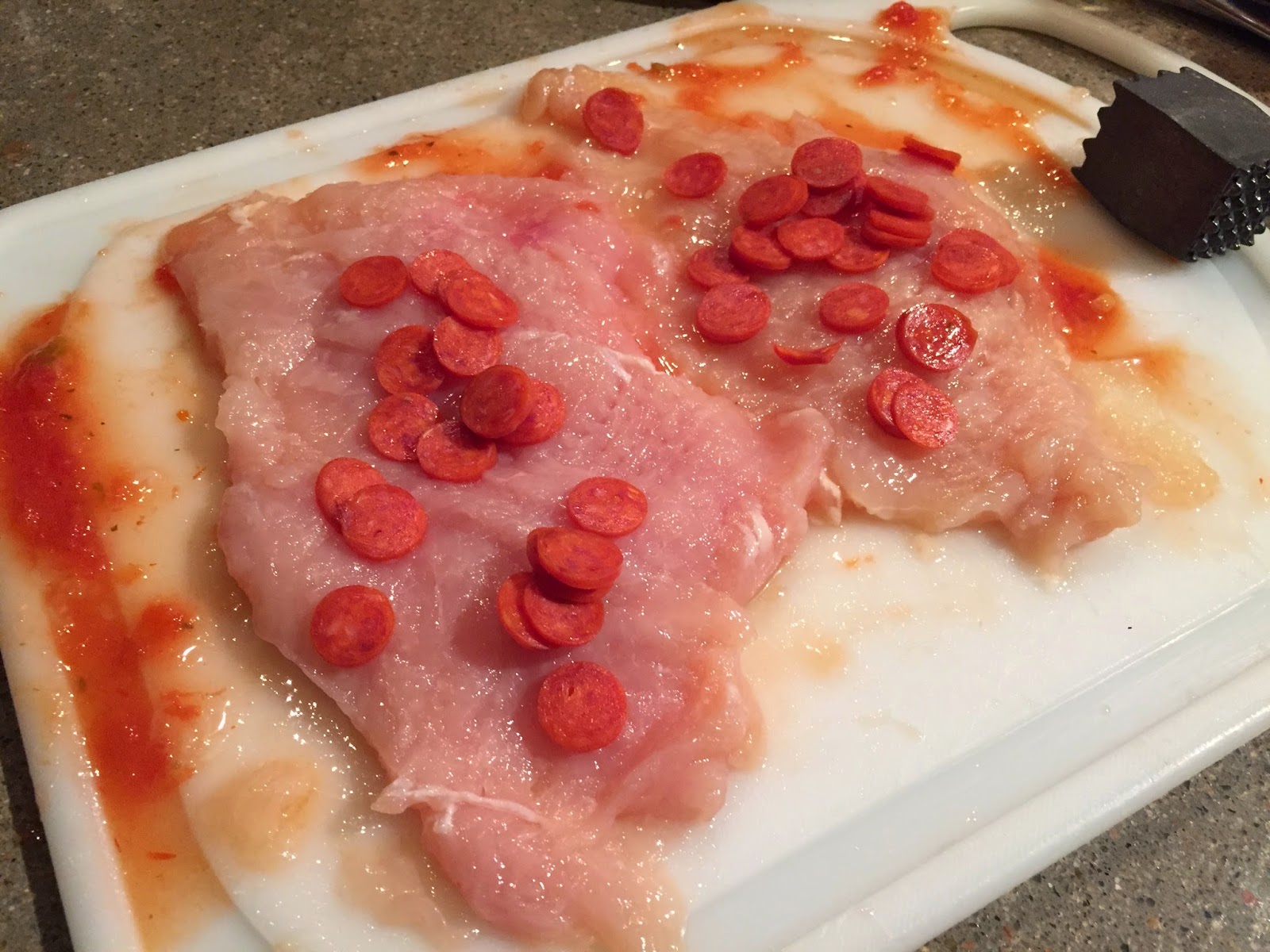 After you add the pepperoni and some sauce, roll them up and place them in a pan.  Put more sauce on top and add cheese.  I put the cheese on first then sauce for those without pepperoni so I could tell them apart. 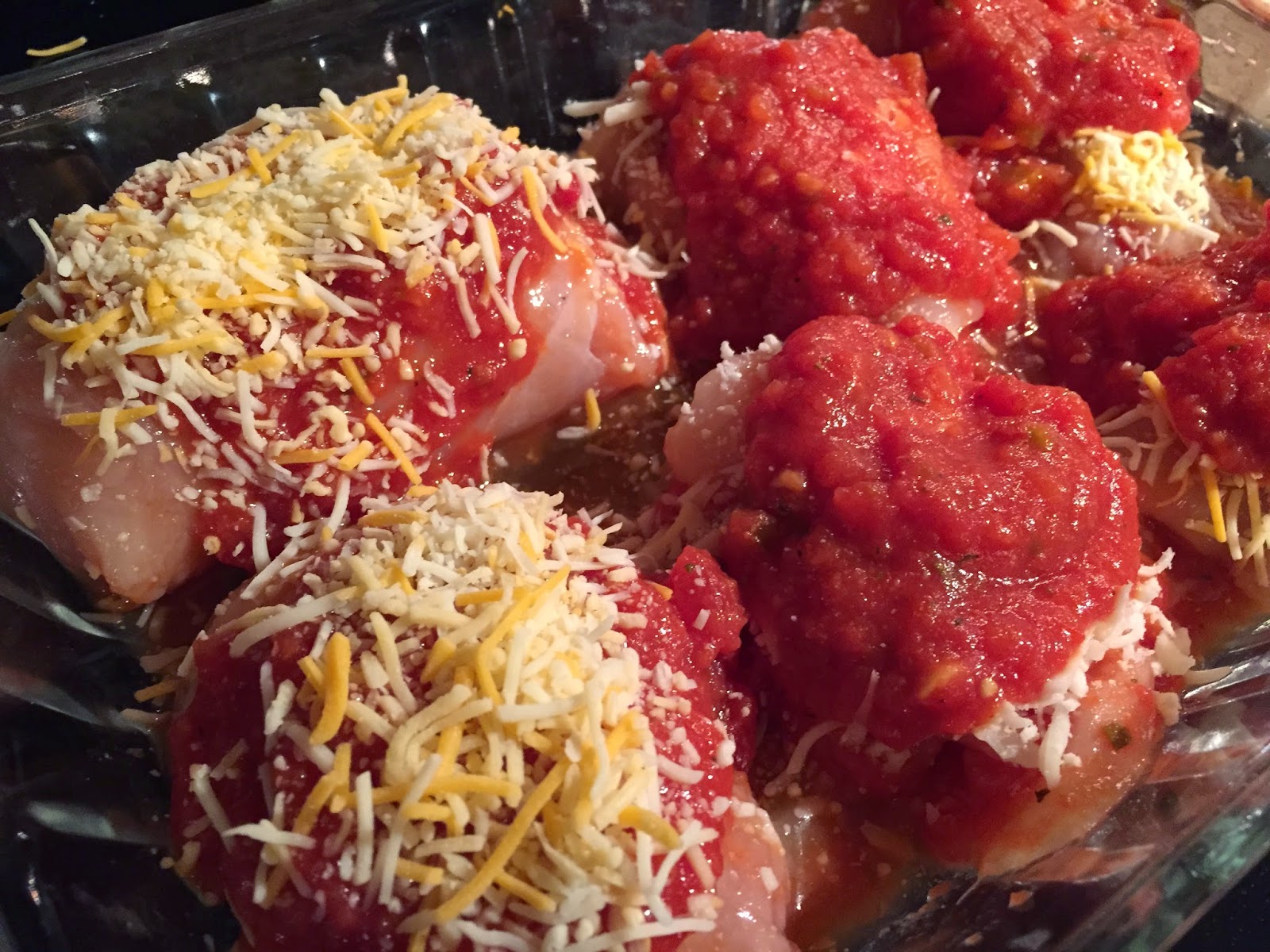 Cover, bake at 350 degrees for roughly 45 minutes.  They are so good.
The clean eating diet isn't too bad for the main course, it's the sides that kill us.  We want chips, dips, pastas, you know, the good, filling, fattening stuff that makes you tired, groggy and bloated, etc.  The good stuff!
Anyhow, my husband is about the pickiest eater you'll ever meet so this diet is roughest on him.  We had corn for our side (which he hates unless its corn on the cob, but he choked it down) and cottage cheese with pears.  It was really good!  Yes, I'm still hungry but my portions were fine, if not large, so I think it's my mind playing tricks on me.
Tomorrow its hamburger patties with pepper and onion.  No ketchup and no bread.  Yep, that's our new life.  Any suggestions for sides?  I'm really gonna crave my favorite Cool Ranch Doritoes.  Sunday is cheat day, within reason.  Bring on Taco Bell!

Posted by thechirpingfrog at 8:00 AM