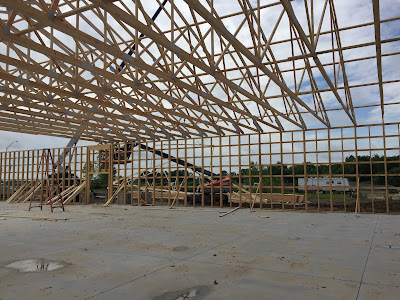 I cannot believe its been roughly 13 weeks since we began our newest adventure. We'll be opening The Chirping Frog; an antique, collectibles, vintage, home decor, furniture, artisan wares and more shopping mall before you know it.

Over the weekend the remainder of the trusses went up, the framers spent a long Saturday on a holiday weekend getting 'er done (thanks to the rain on Friday) and the building is nearly ready for the roof.  Most of the metal is being delivered today and they'll be spending most of the day putting purlins up so they can start squaring the place up and adding the roofing materials.  Once that's done our Pine Log Trusses for the entrance can go up and I can start the vertical application along the front of the building.  It is really moving along.

Here's weekly updates from the beginning if you're interested:

Look at that,  so exciting! 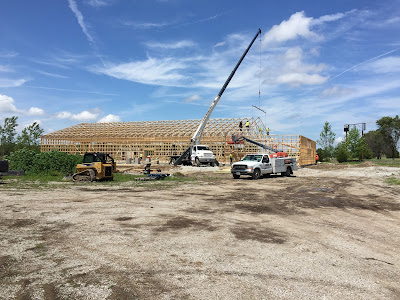 While the trusses were going up Jason and I worked on removing the framing from the bathroom roof pour.  Took us all day.

Notice the chain from the truss down to the concrete wall?  I could hear the wall creaking while we were working.  We left for lunch, came back and they'd attached this to the wall to stabilize everything, and quite a few more braces.  Would hate to see the whole thing start going like dominoes... that would not be pretty! 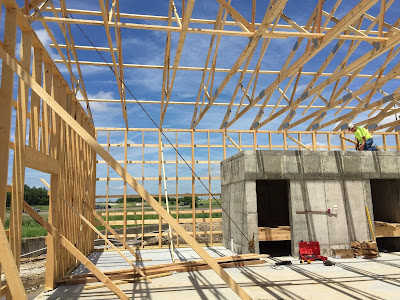 First thing for our project was to remove the support boards on the long walls, you know, the ones we put all those stinkin' tap-cons into.  Wow, that was not fun.  Many were sunk too deep and wouldn't come out so hubby had to chisel them out.  How fun! 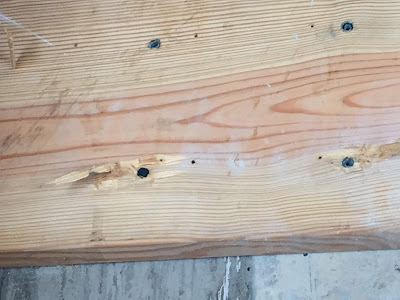 After the long pieces were out these came out fairly easily (says the one standing to the side watching all the action) with a pry bar and some muscle. 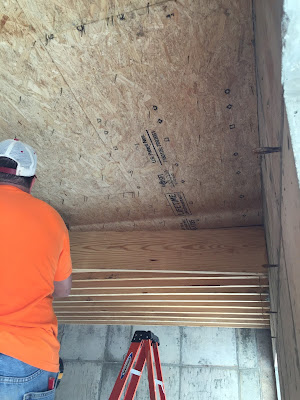 Here it is with all the wood down, looks great! 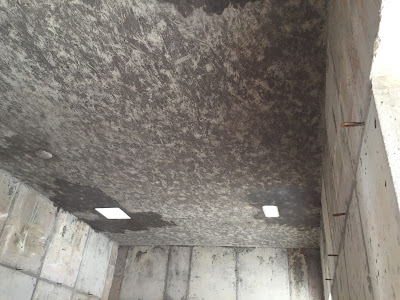 Now to clean up all the mess. 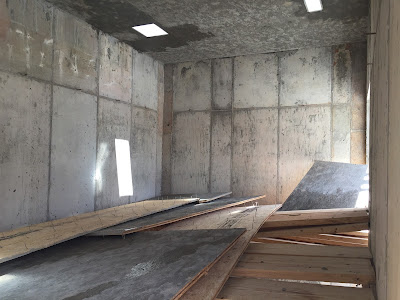 All cleaned up and ready for the next step. 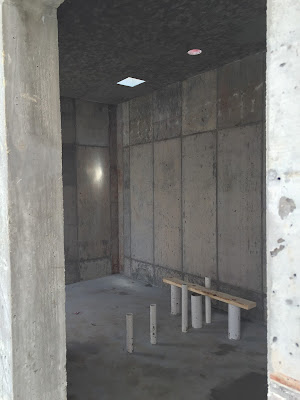 Trusses are up, everything is braced and waiting for the roof to go on. 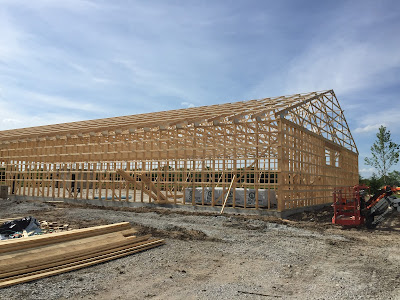 Once the roof is on and the building is structurally sound it's time to put Jason's gorgeous pine log trusses on for the front entryway.  I cannot wait to see them installed.   On Monday while Pepper and I were finishing up our walk, a familiar truck approached.  It was my husband letting me know he'd dropped a board on his foot and was heading to Urgent Care.  Of course he wouldn't wait for me, he's a tough guy and doesn't need me tagging along (he actually told me to go sweep the floor at the building site instead, that was better use of my time).  Well, that might be so, but I tagged along anyhow.  The doc specifically said, "NO WORK".  He actually made Jason repeat after him that he wouldn't put his boot back on until he saw the orthopedist.  Well, anyone who knows Jason knows that's not going to happen!  We got home, he changed out of the surgical boot the doc made him wear out of Urgent Care and put back on his work boots (which eventually ended with one of the boys hugo hunting boots on the bad foot), and continued on.  We're "burning daylight" and have tons to do, so limping and bleeding all over the place (well, inside the walmart bag he'd wrapped around his foot anyhow), we loaded the trusses and decking onto the trailer and got things ready to go.  Crazy man! 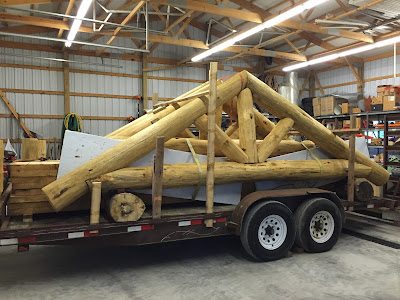 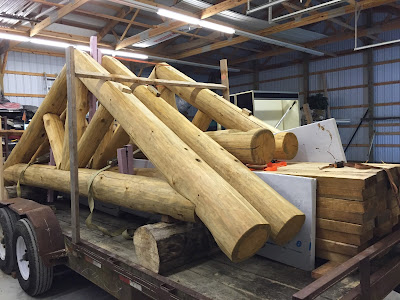 Now that the trusses are cleared out this space is available for the next project, concrete countertops. 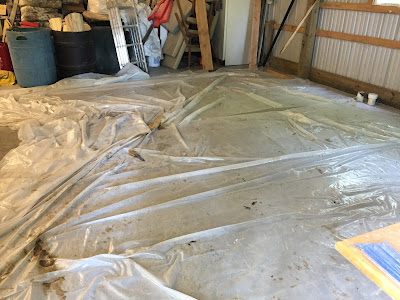 They've been formed up and ready to go in the basement all winter. 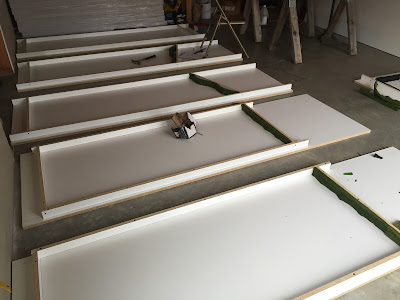 Posted by thechirpingfrog at 5:30 AM