Our First Project of the Season- Update

It's just a matter of time, lots and lots of time.  It took just over a week to remove the old deck but when I asked my husband how long to put it back, well, he laughed!

Basically, it's a season long project.  I thought he was kidding until he started getting post holes prepped.  Wow!
﻿ 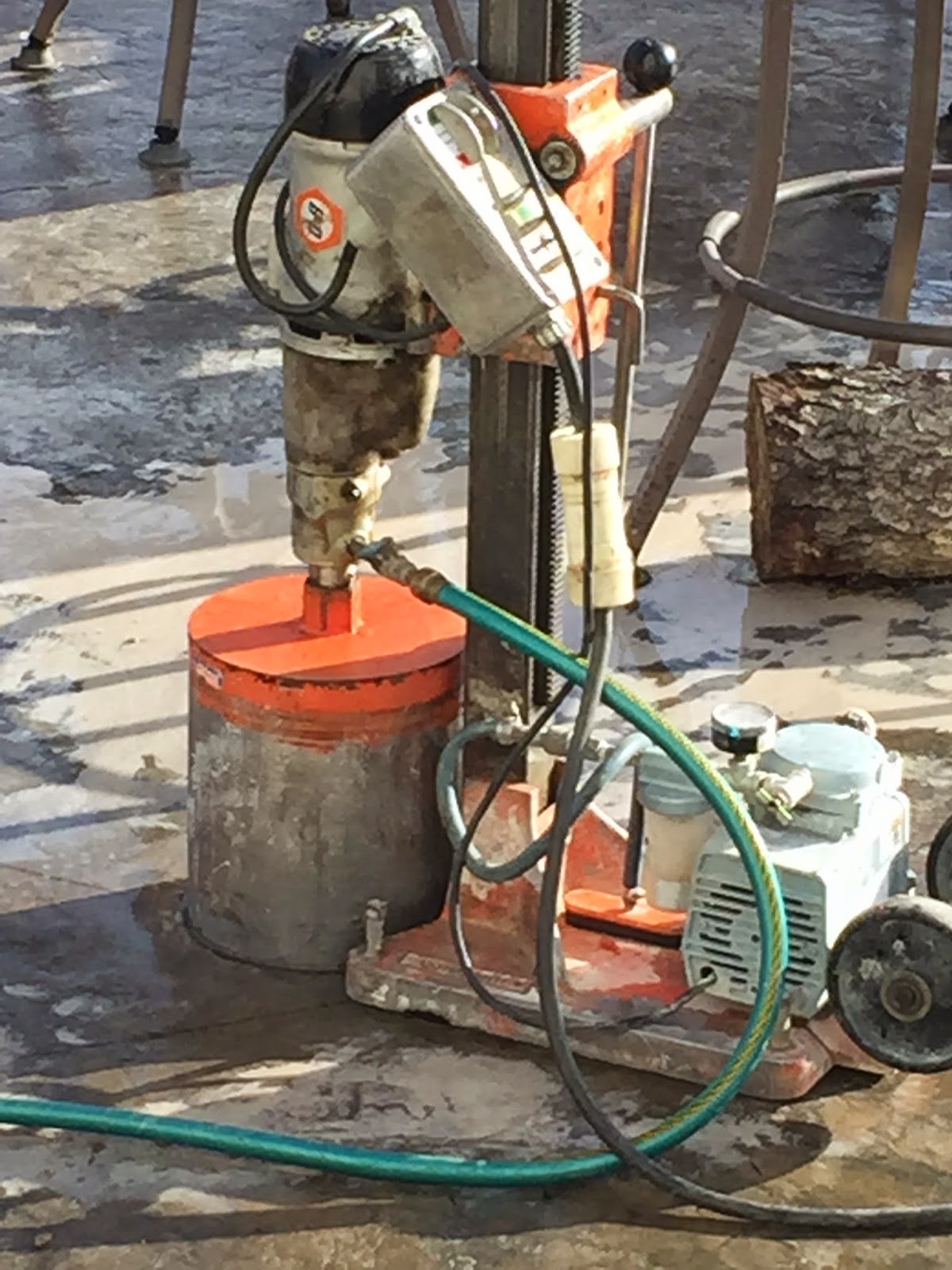 Four of the holes were in the concrete patio and needed to be drilled out.  Check out this great tool my hubby brought home for the job.  Nice.

Nothing like spending an entire weekend watching this drill slowly bore it's way thru.  Like watching paint dry!

Here's two of the four holes and the leftover concrete plugs (what can I do with them, hmmm?) and the stuff used to block the hole from filling up with water if it rains (and keep the dog out) 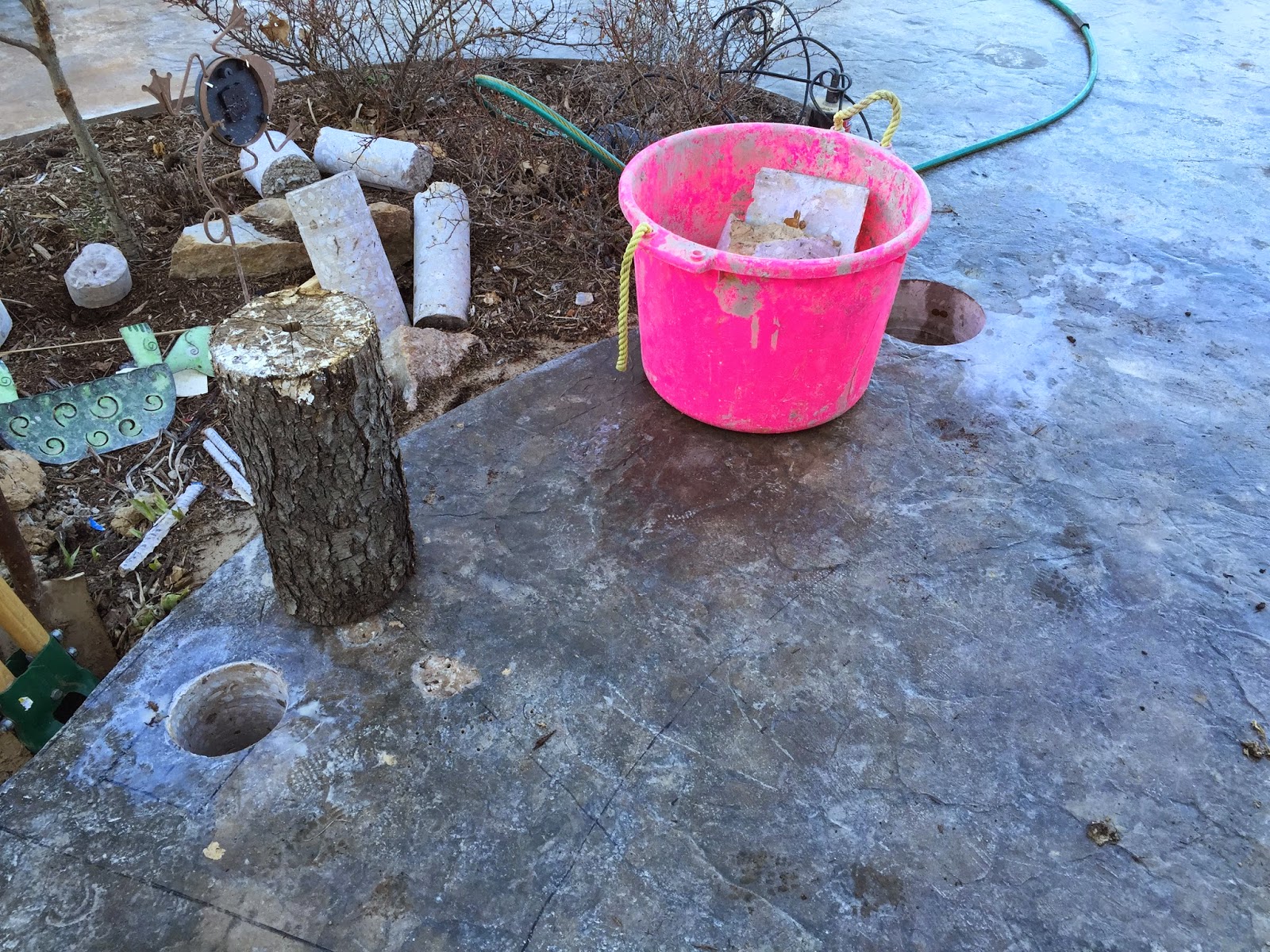 After core drilling he used a post hole digger to get down far enough for a footing. 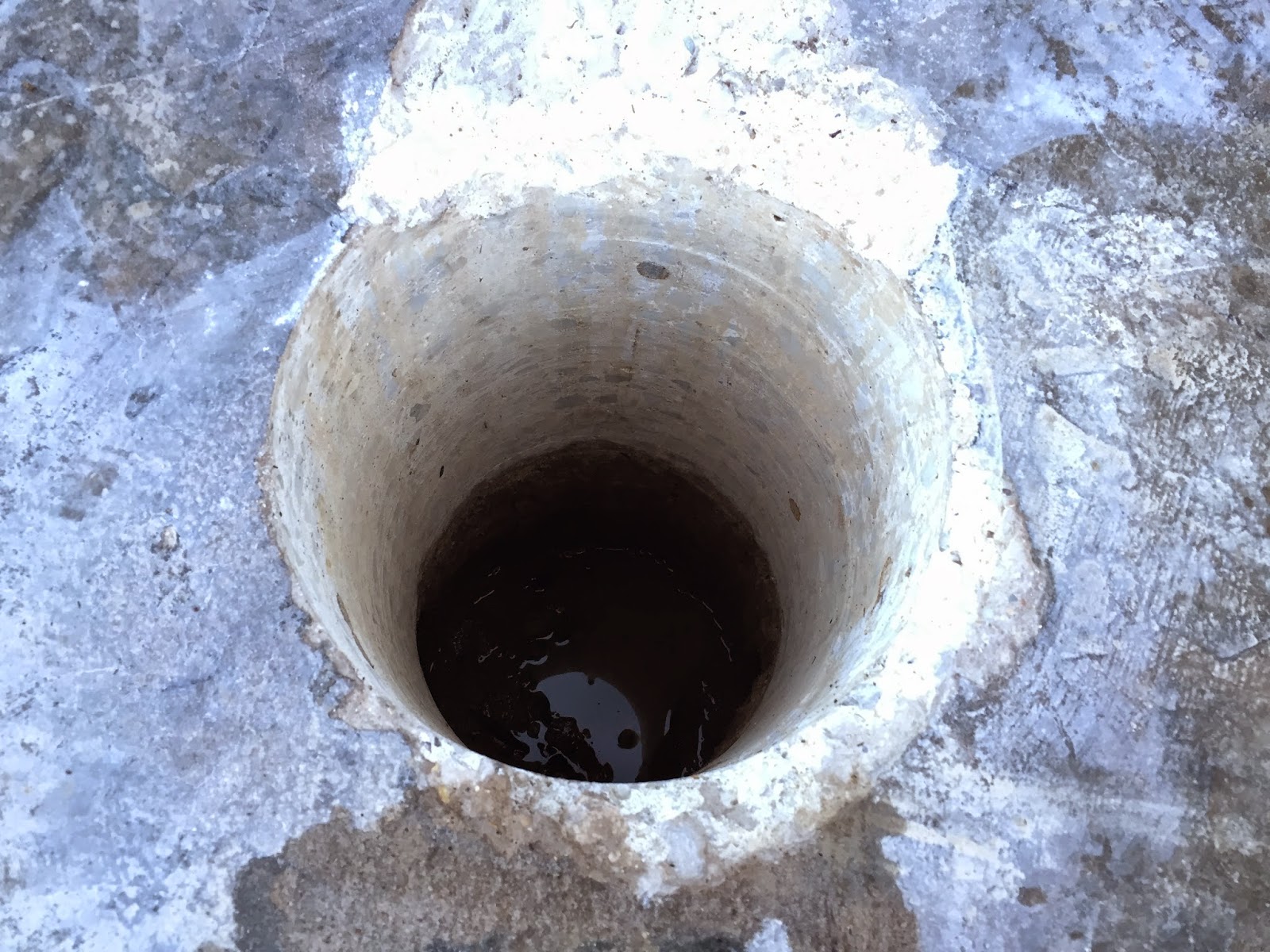 Then cut a sono-tube to allow the patio and the footing to move separately. 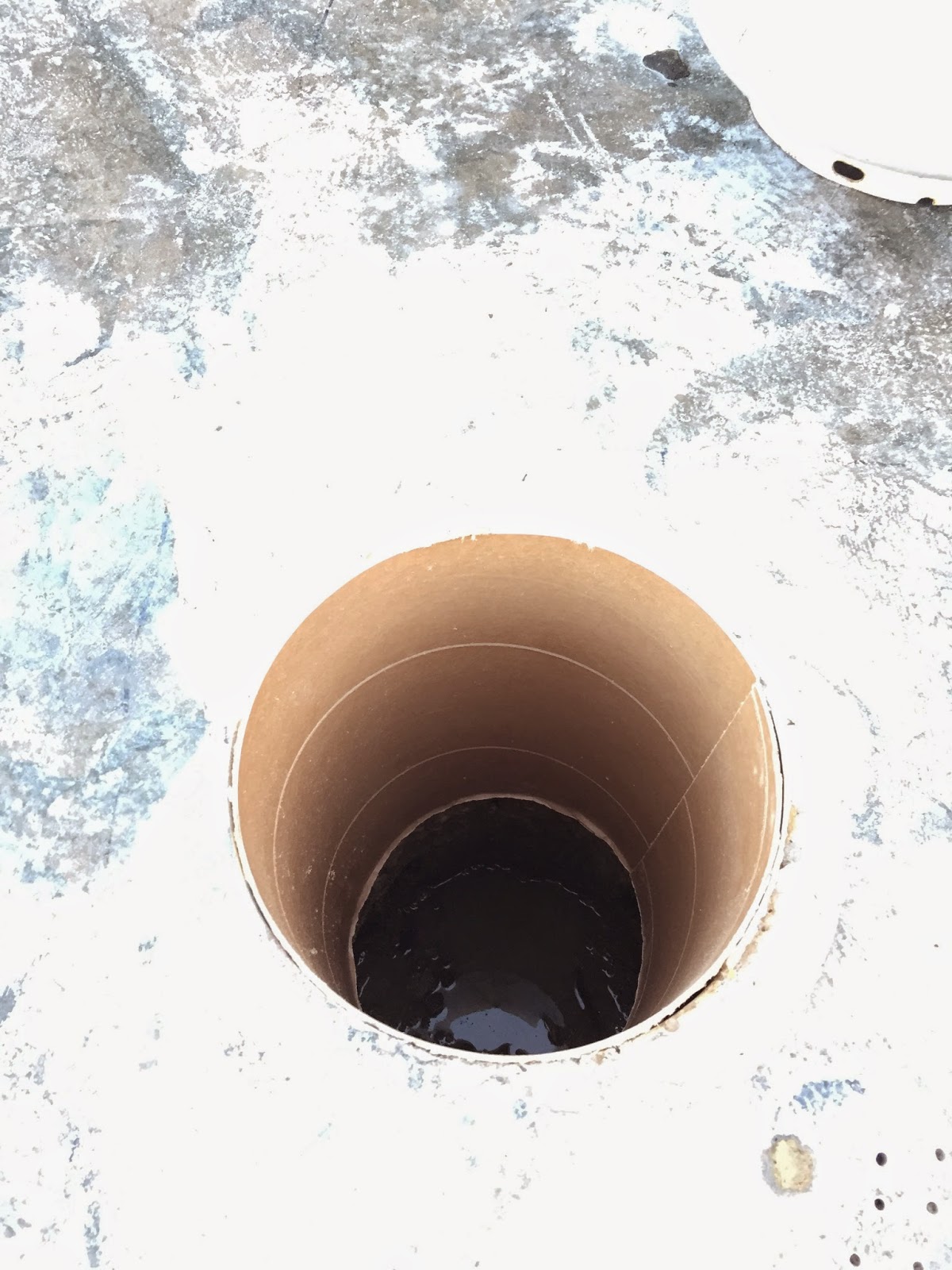 He used the mixer to mix up enough concrete to fill the holes, I helped a tiny little bit this night (you know, the important things like opening the door and keeping the dog out of the way) but he's been on his own for the most part (I've been sick and not physically able to help and my son works nights).  Makes for slow progress when you're going it alone. 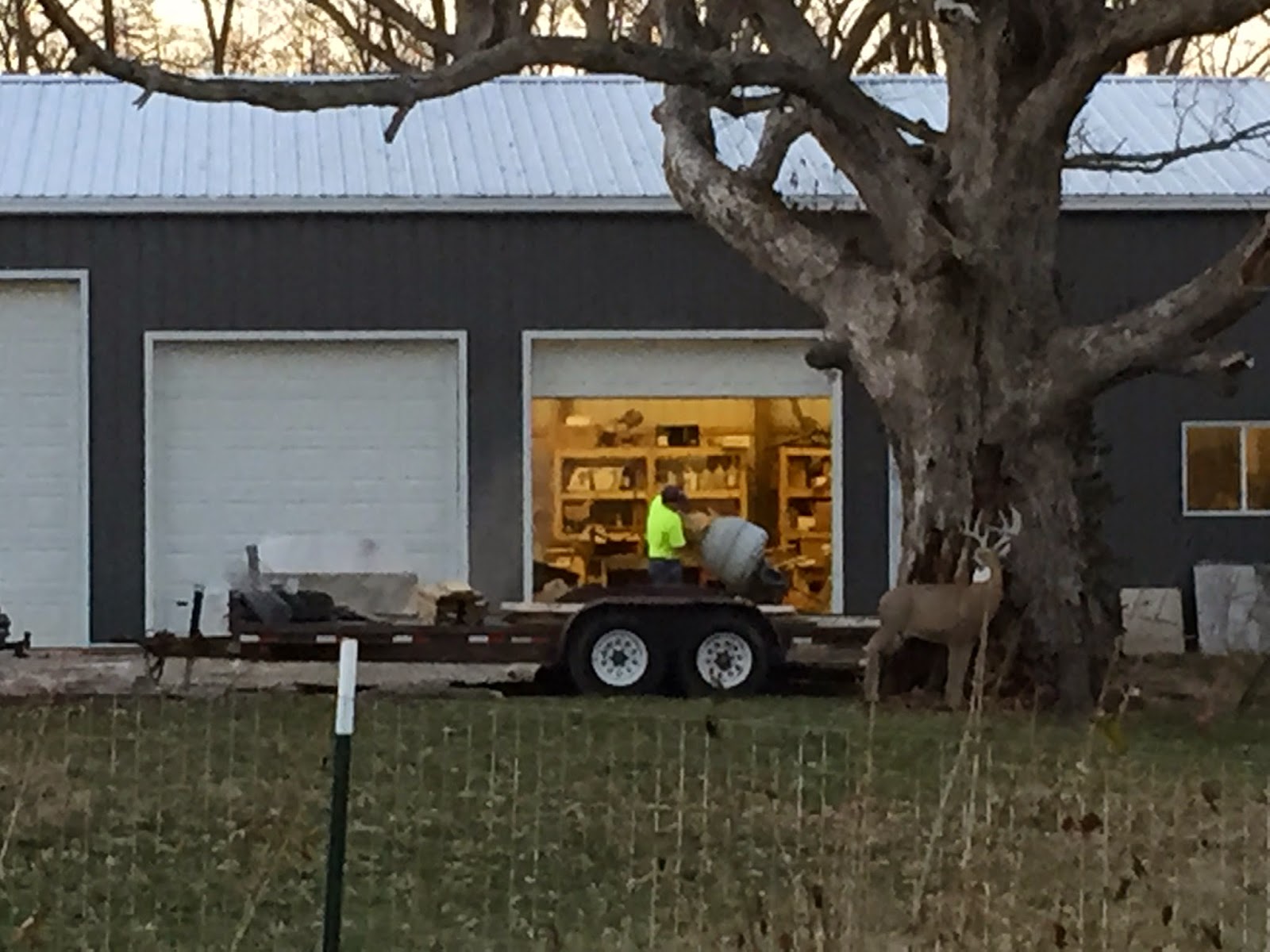 Here's his helper!  Nothing like working alone and having to dodge the dog who's nosy and constantly in the way.  Here's one hole full, just a few more trips to go. 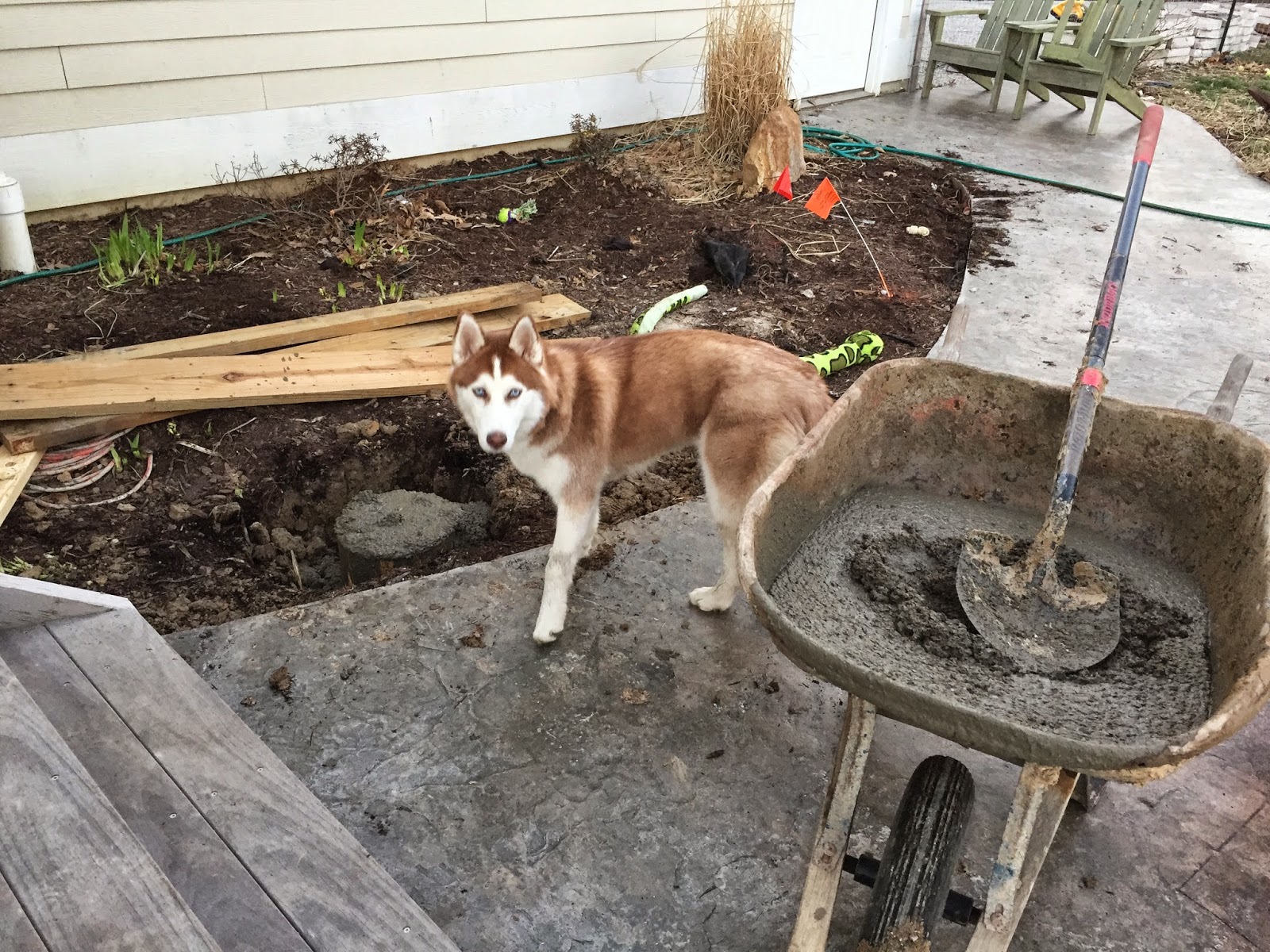 This is how he protected the patio while dumping the wheelbarrow. 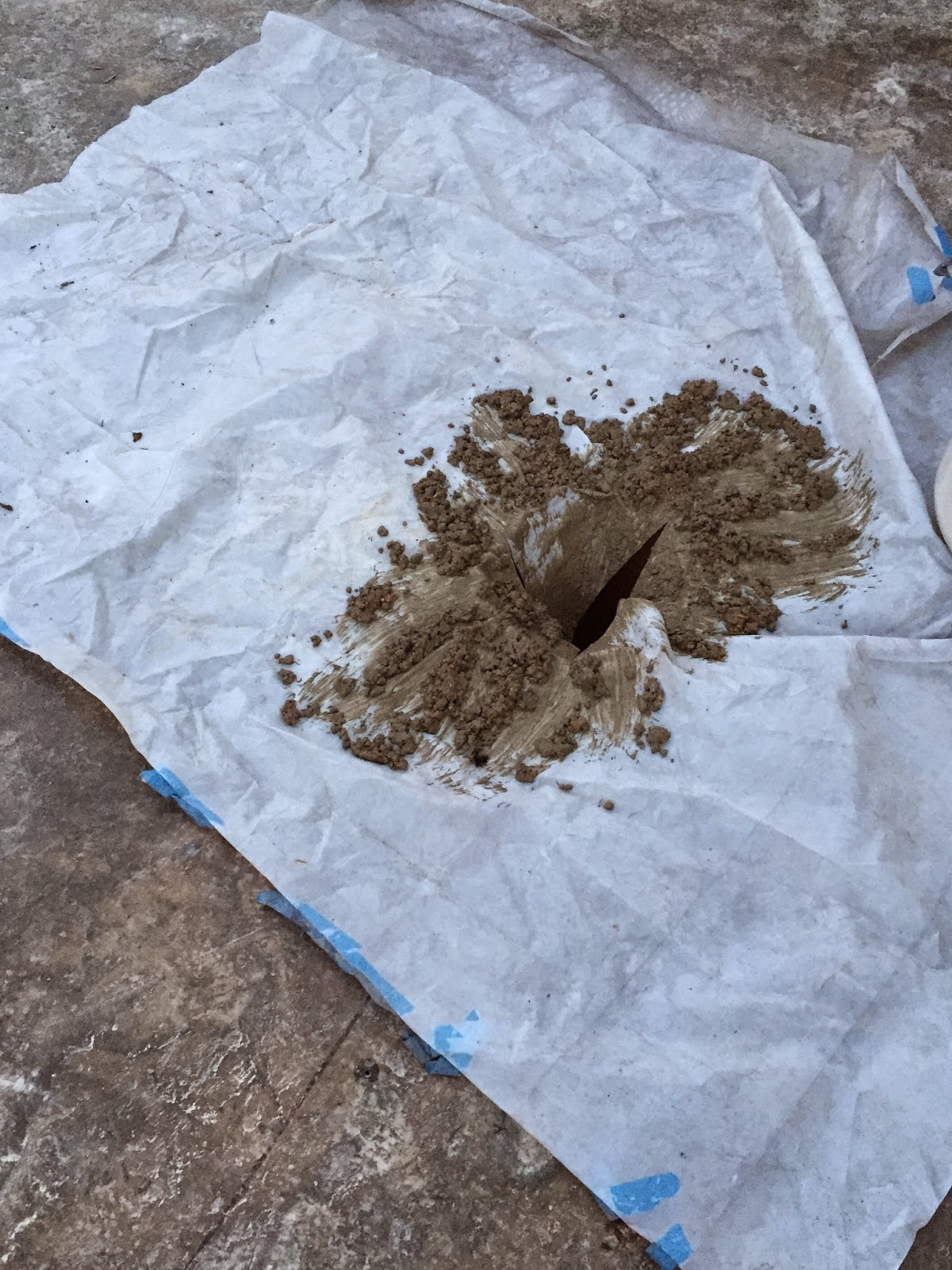 All holes now look like this, filled with concrete and anchor bolts placed.  They all got covered with a chair to keep the dog out and block some of the rain (just in case) while they dried. 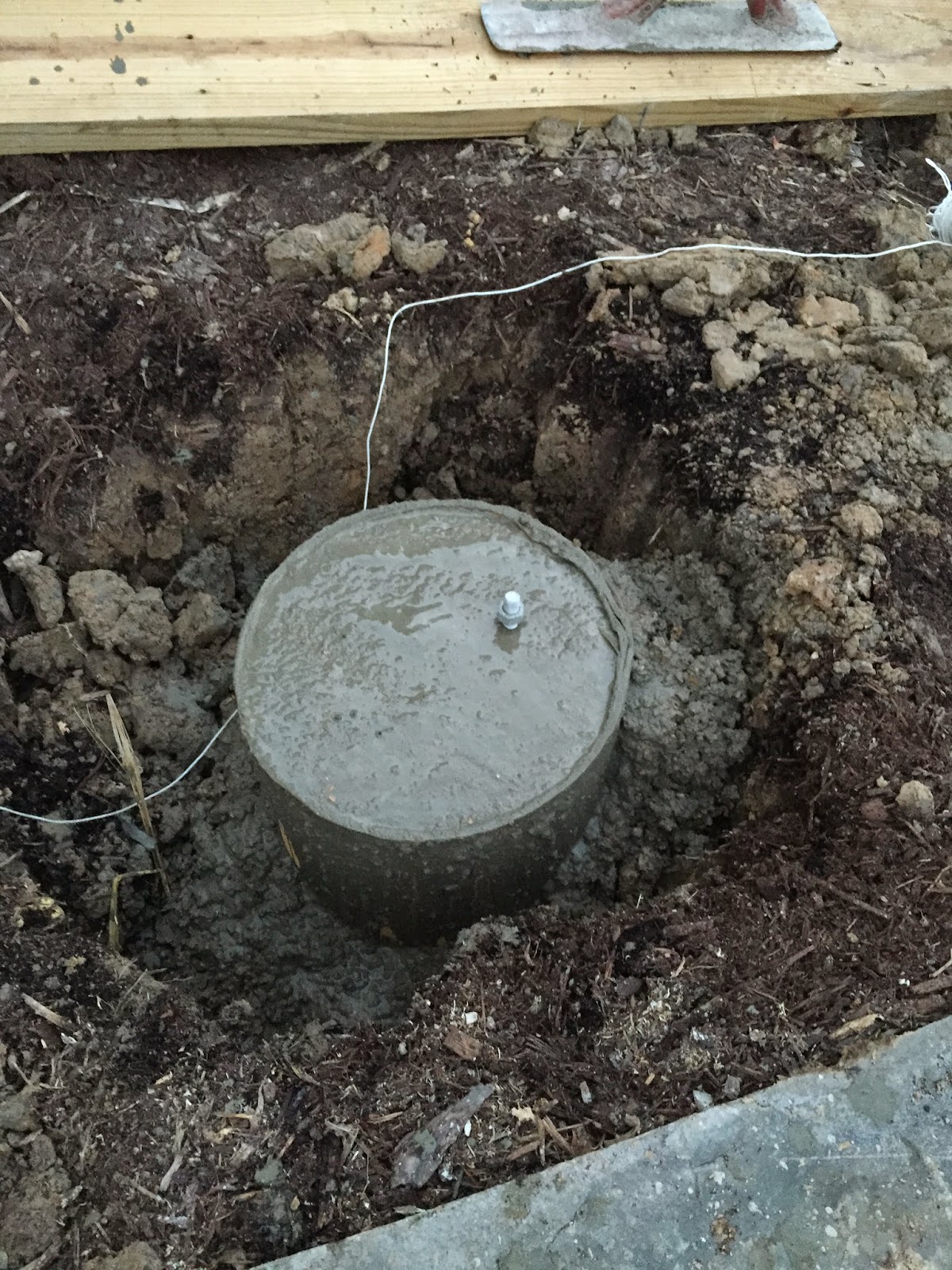 And that, my friends, is all the farther this little project has gotten since my last post.  I don't think he was kidding, it's gonna be a while.
The new posts are in at Home Depot, maybe next time we'll have some framework up.  Yeah for progress.

Posted by thechirpingfrog at 6:02 AM