I just love walking into a space and trying to figure out how to make it work a little bit better, or how to make a few simple updates that make it feel like a whole new space.  A friend of mine asked me to take a look at her master bath.  Her plan:  rip it all out!  She wants the tub gone, shower gone, hates the vanity (its huge), a total gut job. 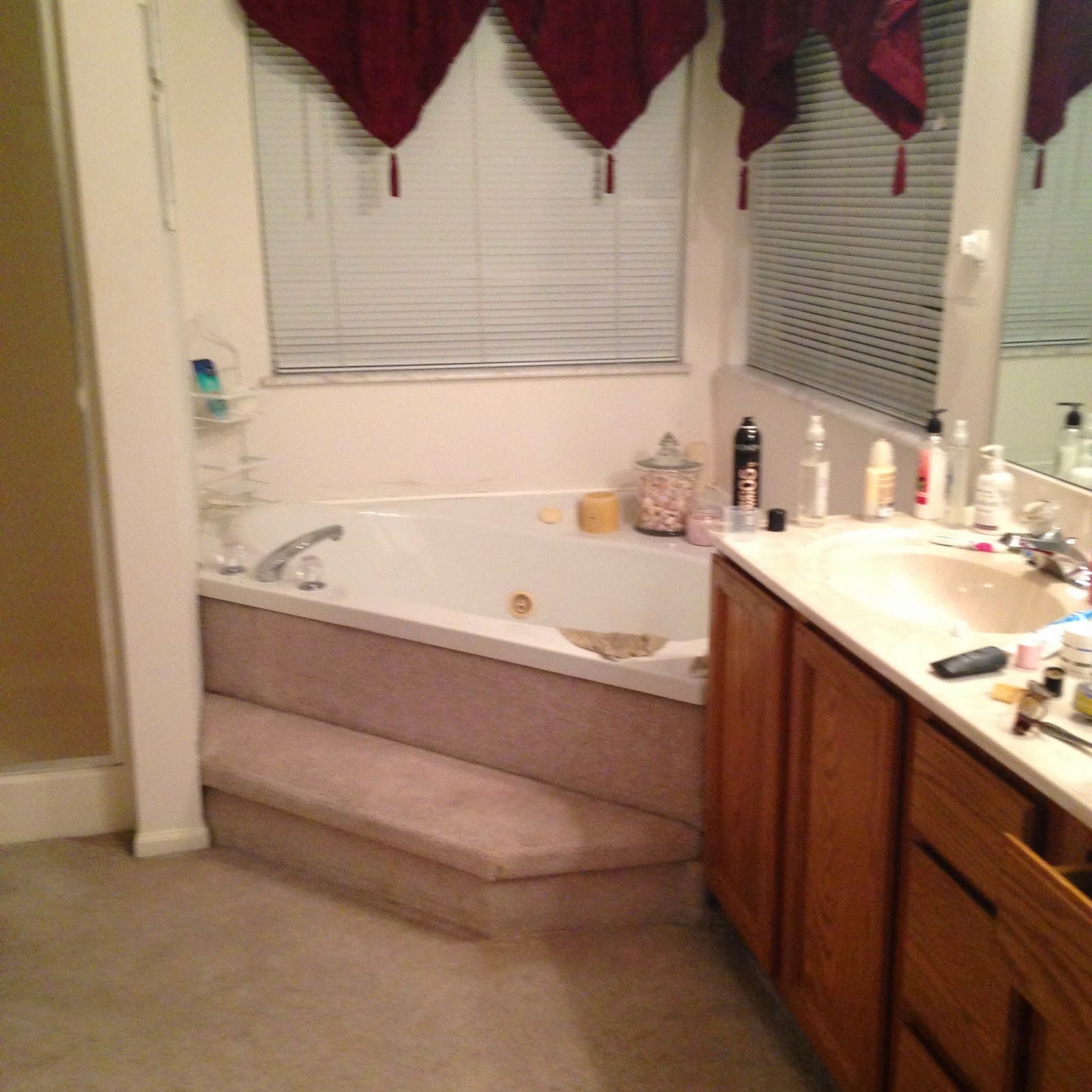 Her husband, well, that's another story.  He says, "what's wrong with the tub, it works just fine.  There's nothing wrong with that vanity, why do we need a larger shower?  New lights", well he just rolled his eyes at that one, but he's given her a budget and I've presented multiple ideas and I think we've come to a great compromise.

My biggest problem with the bathroom (well, I have a few, but the biggest) is the wall separating the shower and bathtub.  It dwarfs the space and makes the shower feel like a tomb.  Initially, with a total gut job I'd say rip it all out.  New bathtub, run along the vanity wall (which also means a new vanity) with a larger shower.  All tile with glass walls to open up the space.  Wow, would that look nice!  It'd also cost a pretty penny.

So, for our compromise, we're keeping the tub just getting rid of the awful carpeting and maybe the step.  Making the wall a 1/2 wall and adding some glass to help open it up a little.  Pulling out the old shower, moving the plumbing from the separating wall to the far one and tiling the whole thing. 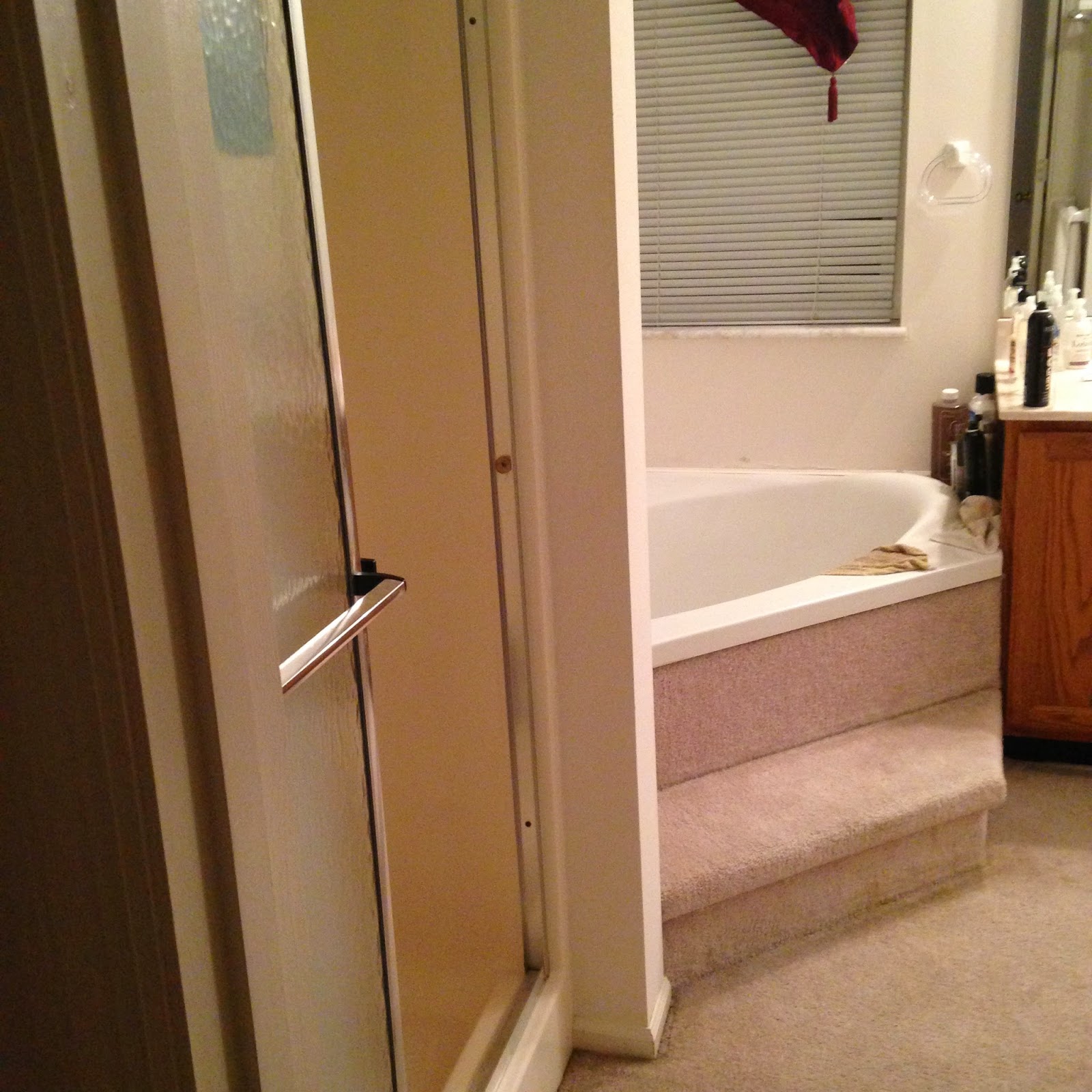 By keeping the tub I suggested they also keep the vanity.  Hubby agrees, wife would rather pitch it.  I think we could easily salvage it with some paint and maybe add some decorative trim and knobs to make it feel new.  I would also like to add an upper cabinet to separate the two sinks and give them more storage.  Hang framed mirrors and change out the lighting.
Heated floors are also a possibility.  So, a total gut job turned into more of a cosmetic overhaul and it is going to look amazing when all is said and done.

Here's a look at a bathroom that they like: 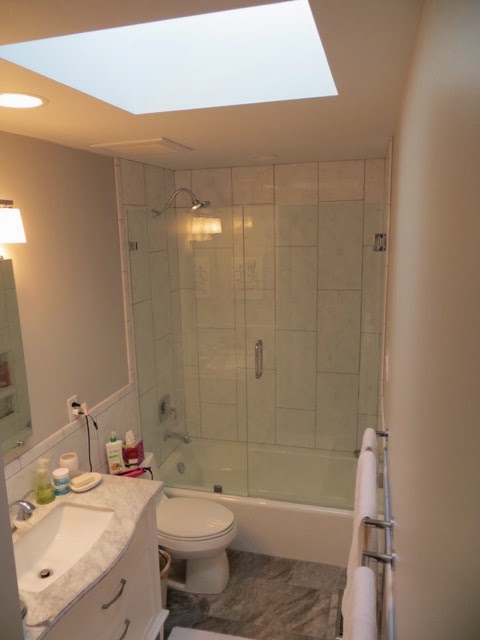 Pretty straight-forward.  My job is to help pick out materials to keep the neutral look that they like and jazz it up with my own unique sense of style.  Can't wait to start picking out materials and pull this thing together.

Posted by thechirpingfrog at 6:09 AM