I fell in love with this great dining room hutch as soon as I saw it.  I used it for years at my home and then it served as a storage and display piece in my booth at a local antique mall.  I always thought it would look great painted but never took the plunge.  Unfortunately we had a little mishap while moving last time and the upper portion, well, it bit the dust.  Perfect time to jump in and make some changes.  Here's what it looks like now:

The base didn't go on the same roller coaster ride the top did so it's still in great shape.  I took the doors off, cleaned it up a little, gave it a quick sanding and its ready for paint. 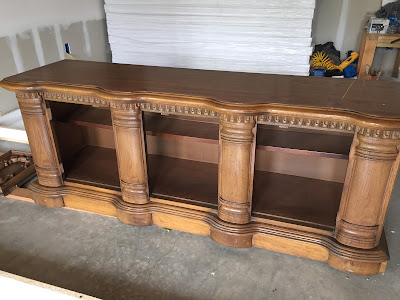 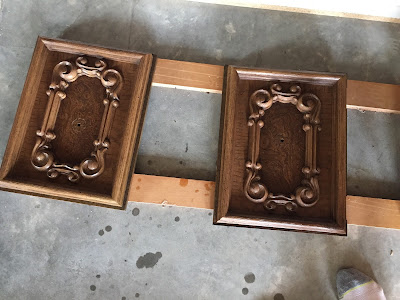 The upper portion, well, it's been sitting outside soaking up the rain for months.  Looking good! 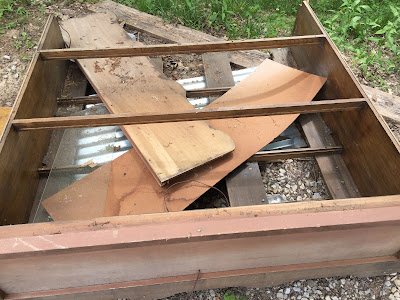 I was hoping I could salvage the majority of it but that was not the case.  Lots of particle board and signs of its troubles were too numerous to count .

I ended up building a simple box with open shelving to replace it. 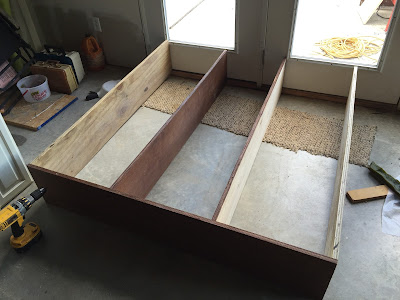 I salvaged the columns from the front and tacked them on at the outer edges. 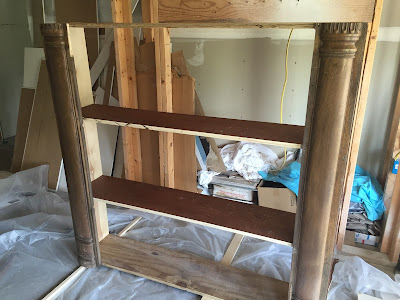 Gave the whole thing a coat of my favorite color:  green.  It's bold and fabulous! 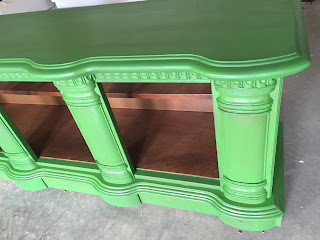 I will need to add a support in the middle and I'm debating on what to do for the backing.  I've got corrugated metal that I could use but I've also considered wood boards that have been decoupaged to match the top of the base piece.   I'll probably do metal, easier and quicker, but we'll see! 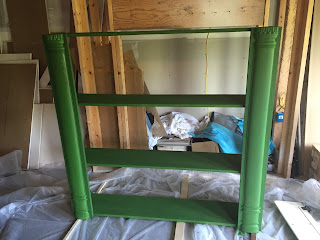 The base had some awful, deep scratches on the top so I opted to decoupage it with some great napkins I found at The Dollar Tree.  I've never used napkins before but my research tells me they are 2-ply and that I'll need to separate the layers.... well, couldn't get anything to separate so figured they were cheap and didn't have two layers.  Yeah, I was terribly wrong!  So they separated partially when I applied them.  Yes, I had a mess.  I'm one of those "go with it" type of gals so that's what I did.  I've sanded it down and am going to "make it work". 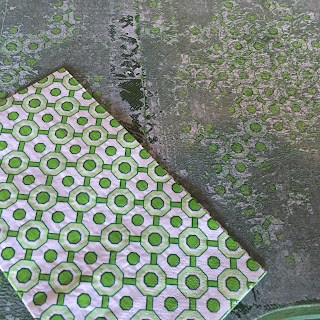 The hutch is now sitting in the basement and hasn't been touched for over a month.  With the building project in full swing I just can't seem to get anything else accomplished.  Hoping to finish it up within the next couple weeks and show you a finished product.  I'm loving how it's turning out so far.

What are you working on this week?